Home / Streaming / How To Watch Sunday Night Football Without Cable 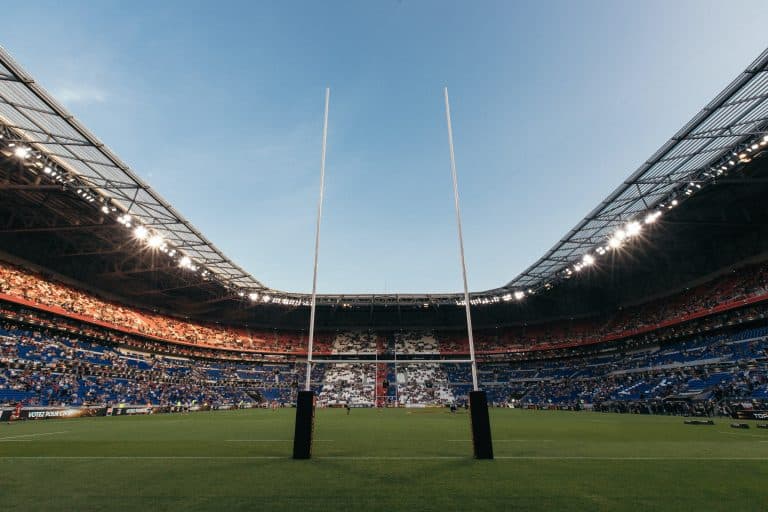 How To Watch Sunday Night Football Without Cable

There was a time when NFL football games were the real deal and fans from all over the world would be glued to their televisions or smart gadgets to watch their favorite teams play.

A couple of things changed over the years. Just like any other free sport streaming, the NFL football games have their seasons.

Since 2004, the NFL kick starts their football season with a special game. This game is usually scheduled to happen the Thursday after Labor Day. It’s hard to imagine the football fans have to wait half a year just to watch this special game. Funny enough the Thursday night NFL kick off game is streamed on the NBC ‘Sunday night football’.

If you are a football fanatic, then this is one day in the week where you shouldn’t miss watching the games. With that said, I believe as a fan you definitely want to stream the NFL kickoff game on a reliable platform. There are a couple of ways that you can watch Sunday night football without spending too much.

After all, many of us are often looking for ways to save money but still enjoy different kinds of entertainment.

YouTube TV is everything you have been looking for when it comes to entertainment. There is the YouTube TV streaming plan that offers you a number of the local channels in the market including your local NBC station. All you have to do is tune in and you can comfortably watch Sunday night football.

There is nothing complicated about this live streaming platform because you can use it on Apple TV, Android TV, Samsung, LG, HiSense or Roku smart TVs, as well as iOS and Android browsers.

This comes at a cost of only $50 per month which you can pay after the free trial. You will never miss a game on YouTube TV.

Majority of people spend a whole lot of time on their smart devices. The good news is that you can still catch the kickoff game through the NBC Sports app.

There are very many options for the user because the application is available on iPhones, iPads, Fire tablets, Android phones and on TV using the Fire TV, Chromecast, Android TV and Apple TV. In this case, you will be required to have a subscription service that includes NBC in their package so that you can stream the NFL live games. It’s really that simple.

With their flexible plans, you can find local channels that air live NFL football games. The majority of popularly uses sling TV because, among the many live streaming services in the market, it has the most affordable prices. The blue plan that goes for only $25 is enough for you to watch live Sunday night football as well as the NFL kickoff game.

Many football fans look for reliable platforms to watch the games at the beginning of the season but can’t find something that is both affordable and reliable. This is certainly a great choice for such people.

For some time now, Fox has been at the forefront of live 4K broadcasting. It recently announced Thursday night football games will now also be broadcasted in 4k HDR.

This is especially an important feature in sports such as football where most of the time the players are hidden in their helmets. This technology basically provides an improved experience for football fans.

If you want to watch the NFL games, you can either subscribe to your TV service providers such as Xfinity or download the fox sports app. The process couldn’t be any simpler. For those who want to watch the NFL football games in 4k, they can use devices such as iOS, Android, Apple TV, Android Tv, Roku, Amazon fire TV among others.

Hulu is a popular live streaming service with a wide base of customers. It combines everything entertainment including all the local channels in the market and sports channels.

It consists of the local NBC hence makes it on the list of streaming services suitable for you to watch Sunday night football. All in all, you will have to pay a subscription fee of $55 per month.

This is after a free one week trial and afterwards, you can decide if its what’s right for you. There is no need to worry because it’s compatible with many of the smart devices out there which makes Hulu with live tv worth the money.

It includes the NBC channels and hence fans can be assured they won’t miss the kickoff games and Sunday night football. If you are looking for an option that offers high picture quality, then it will prudent of you to look this way.

Fubo Tv decided they will be streaming the NFL football games in 4K. One thing you will like about this service provider is the fact that you will not have to dig very dip into your pockets to afford streaming high-quality NFL games.

There are a couple of ways you can watch Sunday night football. Nowadays, you can watch a game from anywhere using your smartphone, laptop or ipad. Football is a game that has come from far and wide.

There are fans from every corner of the globe who just want to enjoy the games. Hopefully, you will find what works for you from the list provided.

There are many alternatives to watching Sunday night football without the need of a cable subscription thanks to the above services. Many of them perform great and only require a high-speed internet connection to get them running.

Thanks to online streaming sports fans are saving even more money for a ticket and pay events. What do you think, leave a comment below which is the better platform to watch Sunday Night Football.