Home / Streaming / Paramount Network on Hulu – How To Watch Now 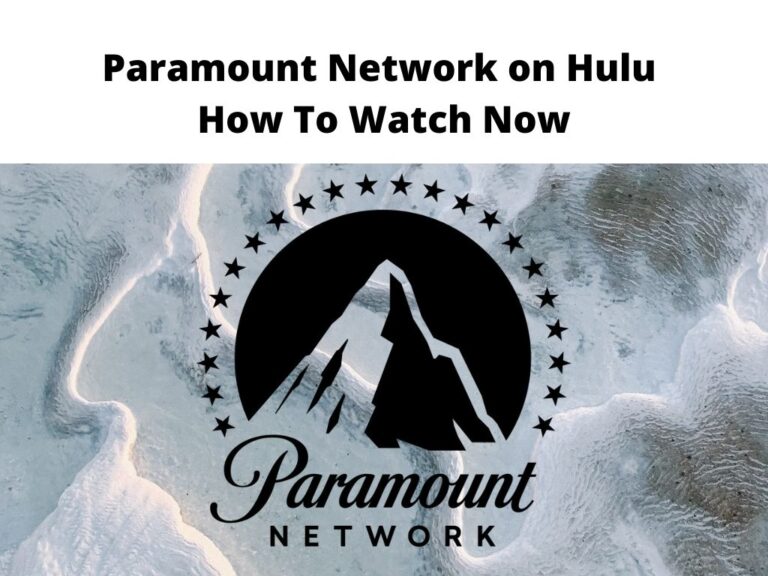 Paramount Network on Hulu – How To Watch Now

Paramount Network is a cable television network owned by ViacomCBS. It used to be Spike and majored in country music programming. Now the channel focuses on scripted drama, and unscripted reality. It is a premium entertainment destination and pushes the limits of storytelling coming up with bold and non-scripted series. The stories are immense, all-inclusive, and personal. Paramount Network is home to all types of entertainment.

Wondering how to watch Paramount Network on Hulu then keep on reading. Hulu provides a platform where you can watch virtually any new TV show. along with the easy re-watching of your favorite series or even discover the latest movies that are up for grabs.

How the service works

Several TV streaming services offer Paramount Network. Hulu is one of them. Depending on your budget you can go for this option. However, you should not worry about budgeting. You can give it a seven-day trial and proceed to subscribe after the trial period.

You will be in a position to watch Yellowstone, Lip Sync Battle, and 68 Whisky among others. Get the latest blockbuster movies, behind the scene, news clips, and Bellator MMA events among others.

Paramount network offers original, live programming that includes sports and news. It has a library of roughly about 30,000 titles with more being released.

Scripted Dramas include Criminal Minds, Halo, Flash dance, Landman, Love story, Mayor of Kingstown, The Italian Job, The Man Who Fell To Earth, The Offer, Y:1883, Yellowstone Spinoff, and much more. Shows for Kids and Family include Avatar, iCarly, Rugrats, KampKoral: SpongeBob’s Under Years, and The Fairly Odd Parents.

The packages have some lively comedies which include Frasier, The Game, The Harper House, Younger, Guilty Party, Inside Amy Schumer, Reno 911! The Hunt for Qanon, Grease: The Rise of the Pink Ladies, and The Weekly show with Trevoh Noah.

You can enjoy some music that includes new originals and reboots such as Behind the Music, Unplugged, Yo! MTV Raps and From Cradle to Stage.

How to install Paramount network on Hulu

Being an upgrade from the old Spike network, Paramount network comes with exciting new channels combine with the spikes of old shows and new scripted programs. If you want to enjoy the shows, do not go for the old outdated payment cables just to get paramount Network. Learn how to watch Paramount Network without using the cable.

This is made possible by signing in using your network provider. In this case, you select Hulu. If you have an account already then you should provide your login credential and password. This will direct you to the available shows and give you a glimpse of the latest and upcoming movies and shows.

This network is very affordable. With $9.99 per month and $99.9 annually, you can enjoy much at the comfort of your home. The annual premium tier is ad-free and will offer you all that is available. The other one has ads but you still can get some of the best shows on paramount network.

Does it have a free trial period?

It is always good to give one a chance to try something new in the market. There is a seven-day trial period. This will ensure that you come back and make the subscription. There is also another tier that goes for $60. However, this includes advertisements annually which isn’t the greatest thing.

Can I just buy Paramount Network?

This is not possible. You have to have an accessory on which you can stream the content from Paramount Network. Other than using the cable Subscription that is now so expansive and outdated, you can opt to try the various platforms for streaming such as Hulu. Others include Philo, Sling TV, AT&T TV, fuboTV, and YouTube TV among others. All these can give you good offers as they give you a trial period before taking the subscription.

How much does the paramount plus app cost?

The subscription has already replaced the video-streaming service that was previously called CBS All Access. The cost has been simplified and the shows have been increased with streaming original and current shows available. The cost for a monthly subscription to the app goes for $10 for ad-free content per month. There is another subscription that comes at $6 per month. However, this can be annoying as there is a lot of advertisement that goes with the viewing. The services are available in the USA, Canada, and Latin American countries.

Several live TV streaming services are offering Paramount Network. They do not offer it for free. However, this should not worry you. It is good to understand your customer base as well as give them a trial of what you are offering so that you may end up receiving a new customer. Here is where they attract you. There is a trial period for their streaming service. They give it for 7 days after which you can go ahead and subscribe to any of the packages that they are offering.

There is a growing trend of incoming live streaming of demand services. The competition is stiff and the target market is also increasing. Various players are trying their best to win the trust and the available market by all means. The quality and the number of programs available will bring more customers on board. Hulu has been there and with a paramount network on Hulu then you are assured of the best experience in online streaming.