Home / TV / How Much is NFL Sunday on DirecTV 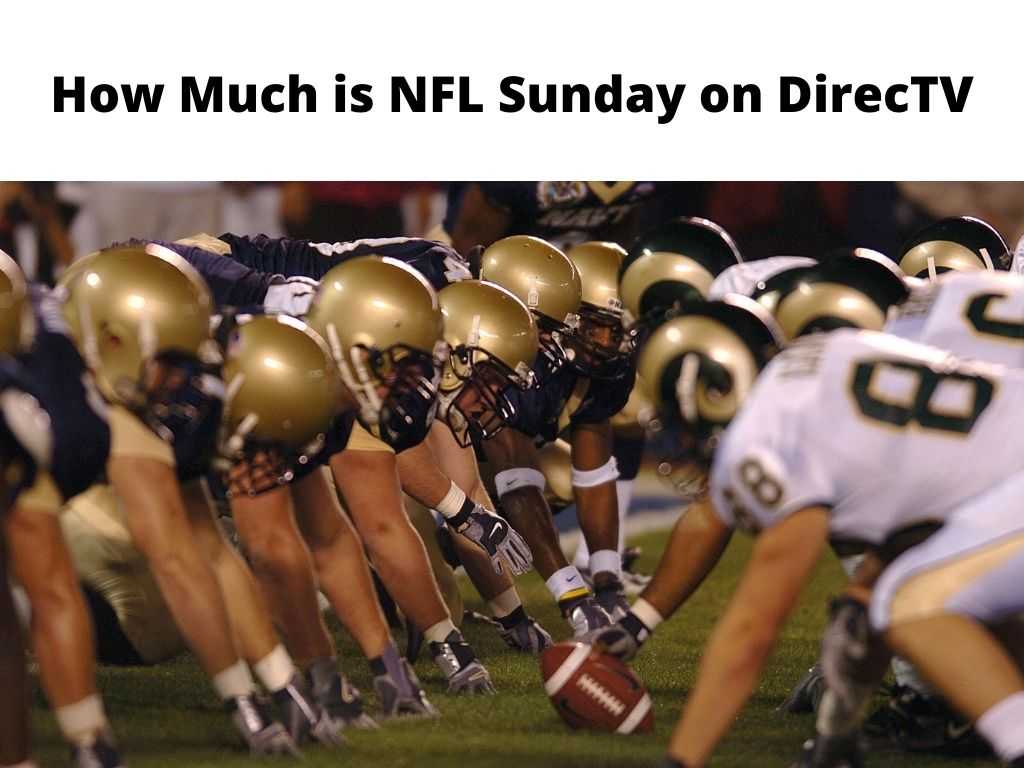 How Much is NFL Sunday on DirecTV

For potential subscribers asking how much is NFL Sunday on DirecTV, read on! Nfl Sunday is an out-of-market sports package that focuses on National Football League games for the entire season, which is unavailable on any local affiliate.

In essence, they broadcast all regional Sunday games which CBS and Fox produce. Subscribers to these channels are presumed to be die-hard fans of a particular team who can’t view their team’s game on local TV because they’re residing away from their team’s market or sports bars. On this channel, you’ll get to watch about 150 games. So, if you’re so passionate about any NFL team very far from home, then the NFL Sunday channel is a dream come true.

How much is NFL Sunday on DirecTV

The entire season of NFL Sunday goes for $293.94, which is six payments of $48.99. This is the most comprehensive NFL Sunday. Directv has exclusive rights, so be rest assured you won’t miss a single game. Newly signed customers are eligible to receive the NFL Sunday at no extra cost once they sign up for a choice or a higher package, but each season, they’re expected to subscribe to NFL Sunday. For those who already subscribed via DirecTV, you can log in using your credentials to watch the Sunday afternoon game.

Furthermore, Directv allows subscribers who can’t get DirecTV services due to problems with the satellite dish to stream the football game. These include people residing in a condominium, apartment, or townhouse, college students, including people staying in homes where a huge obstruction prevents reliable TV reception. There are three major streaming plans for NFL Sunday:

On NFL Sunday TV To Go,

You can stream live games, NFL regular-season games on Sundays. It’s also compatible with most devices for $73.50 payments.

It goes for $99 payments. It comprises everything in the To-Go plan, including DirecTV Fantasy Zone and NFL Red Zone.

Which streams only prerecorded regular-season games, for an extra $50.

Note: As a college student interested in the NFL, there is an NFL Sunday Ticket U that comprises everything in the TV Max Plan. It goes for $25. You can also add a Game pass to it for an extra $50.

The NFL Sunday on DirecTV is your real ticket to watch all-season NFL games on your big screen no matter where you’re located. The channel is indeed pretty awesome when covering all your game needs, just that it’s a bit expensive to pay for the service. You can stream all the action live on any device (Game console, tablet, laptop, phone, etc., at your convenience.

Is it possible to stream the NFL Sunday ticket?

Yes, you can stream all live out-of-market Sunday regular-season NFL games using the app. The app comes with an NFL Sunday subscription at no additional cost.

What channel can I get an NFL Sunday Ticket on DIRECTV?

Tune to channel 705 to 719 once the season is in place. It has both a standard and an HD version. For NFL Sunday subscribers, the red zone channel can be located on channel 703, while the DirecTV fantasy zone is on 704.

Without having DirecTV, can I still get the NFL Sunday Ticket TV?

You can get it as a standalone streaming service, but this is for college students who are actively enrolled in college. Alternatively, you can if you’re residing in some selected metropolitan cities.