Home / Blog / Directv ird – Everything You Need To Know 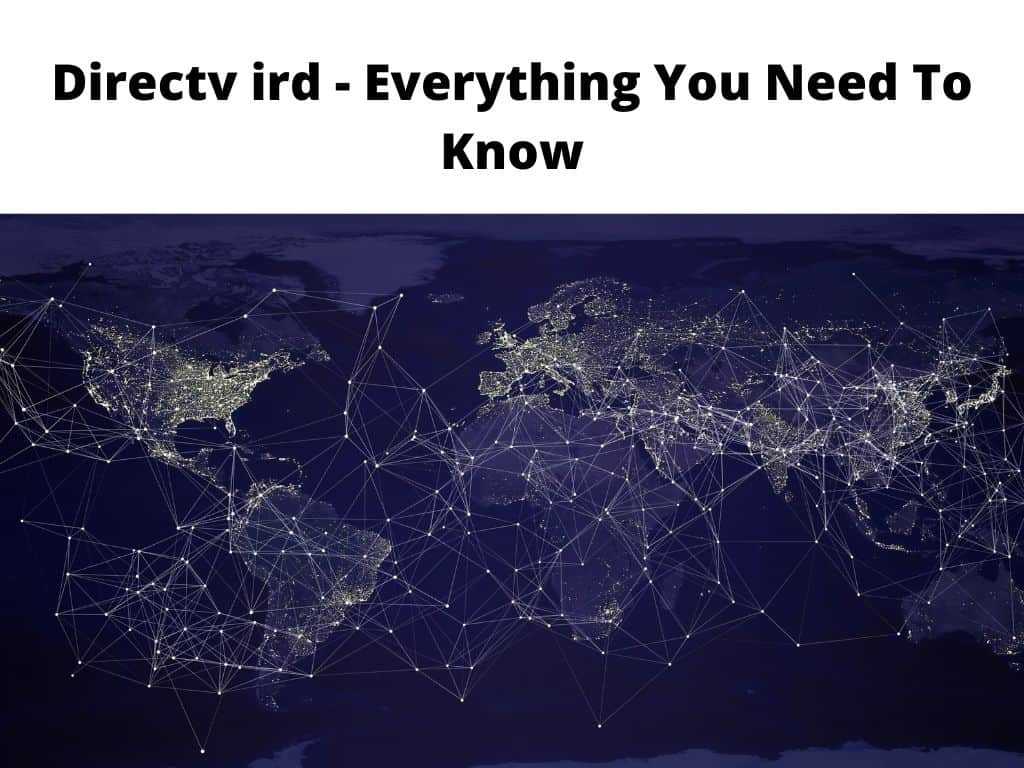 Directv ird – Everything You Need To Know

Directv ird, also known as integrated receiver and decoder, remains among the real innovations from DirecTV (Read our full review here) that did all the work back in the days when satellite signal came in, and TV signals went out. Then the satellite box is also the size of a pizza box. Also, it made the installations simple. Then satellite television comprises two boxes; one for receiving the satellite signals and a decoder smaller in size.

The decoder as small as it is designed with a decryption technique to receive an encrypted password. This was still a new technology then when a lot is actually needed to decode a digital picture, which will be output through an analog TV set. The decoder’s combination, including the receiver, meant that television could be watched from satellite signals, though for this to be possible, a large dish is required.

Getting into the details

Typically, in the industry, a traditional DirecTV box is known as IRD, which means integrated receiver and decoder. Its function is to receive a signal from the satellite as they drop down from the sky; this is the receiving part of it. In case you do not know, the signal that enters the box and the one that hits the dish is not the same.

The ird also makes use of smart-card technology, which makes it possible to decode any encrypted signal before it can be displayed on the television; this is the part of the decoder. So, as you can see, so many things are going on inside the decoders box, especially when a full-featured model can give more than one signal, ensures it is buffered on a hard drive, gives an out from more than one resolution simultaneously, and finally makes use of a fancy logic to ascertain if the signal needs to be stored into the hard drive so it can be played back later.

Therefore, the IRD or the integrated receiver and decoder is the brain behind the entire operation. But in recent times, the term IRD is not usually used because there is now a single box that has the function to receive and decodes.

Features of the IRD

It has a state-of-the-art signal reception.

The IRD is designed to work well with a CATV network. With this, it can receive scrambled as well as free to air services. It is also compliant with NoerDig and D-Book profile. It has the ability to provide future proof video decoding solutions. With this, it can be easy to migrate from MPEG2 directly to MPEG4 and from Standard Definition to High-Definition picture quality

The functionality is Versatile.

The IRD is designed to support digital signal transport. It comprises dual CI slots that give it multi scrambling options. This makes it possible to describe the entire multiplex once the CA module supports it. It can also produce high-quality video together with symmetric audio outputs, which are well supported by either SD or HD conversion. These are sophisticated services supported by mode selection and subtitling languages.

Automatic recovery and robust operation from any sudden error is another unique feature of the DirecTV ird. It is fully configured with the aid of CATvisor command with different monitoring functions to guarantee a consistent operation. As stated earlier, the ird is compatible with the DVX headend system, which can be easily installed using a standard installation frame.

The DirecTV ird also referred to as a satellite set-top box or a satellite receiver. It is unique for its ability to receive signal reception, directly converting to modulated signals and back to its initial format. With this, it can be presented straight to an end-user display.

What is the meaning of IRD on DirecTV?

“IRD” is an acronym used in the early days of DirecTV when the satellite box was still as big as a pizza box. It is unique because it comprises a decoder together with a receiver. This means that it’s possible to comfortably watch a satellite signal with the aid of a big dish.

What’s the better way to connect SWM to DirecTV?

According to DirecTV spec, the power inserter can be connected through SWM enabled dish whereby a single line is run via a splinter. Usually, a cable will be passed from the red connection on the splitter directly to the power to SWM connection. After that, a different cable runs from the signal to IRD for easy connection to the receiver.

The SWM box that comes with Direct TV, what is it for?

The SWM is specifically designed to enable the DirecTV satellite dish signal to be split successfully and used with different receivers. How it works is that the satellite dish will need to send out a dedicated line that will have to power a single receiver or tuner.