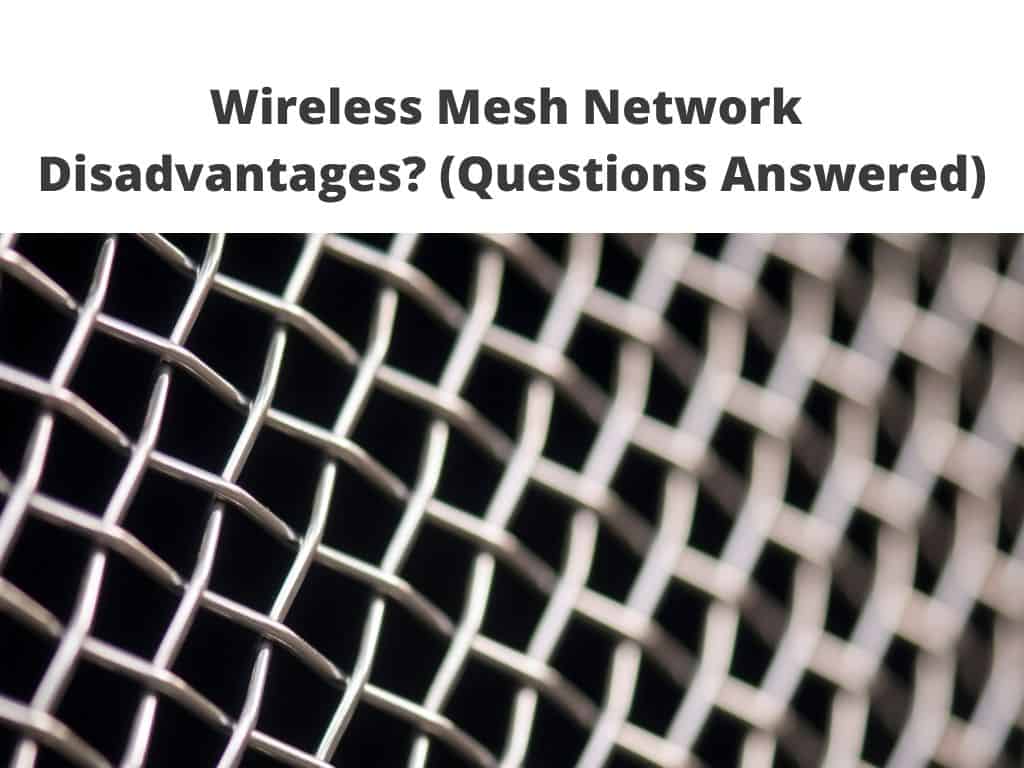 Mesh Network has been in existence for sometimes now though many people have not heard about it. So do not think it is a momentary hype.

The truth is that the network has its benefits that will seamlessly help you enjoy the world of the internet. You might be asking, what is the technology behind this network? In this write-up, all about Wireless Mesh Network will be discussed together with its common drawbacks.

What is Mesh Wi-Fi?

The mesh network is built with an impressive design that allows data to leap to get to a particular destination between relays. The mesh network leaves out a router or a central hub and proves to be in control.

It consists of multiple relays that quickly connect while directing traffic between devices instead of having one-point access for different devices. Rather than using the linear pattern, nodes connect in a mesh, which explains nodes’ ability to communicate through a Wi-Fi connection or a router.

How Does a Mesh Network Work?

The mesh network connects wirelessly to each other while extending the Wi-Fi network signal to broader areas and reducing dead zones. It works with several nodes that connect effortlessly to a non-linear pattern, thereby assisting the nodes in communicating clearly with each other.

This most efficient system means that when a module is faced with the challenge of communication with another, it tries a different route. It is not designed to give up after a first try, but to maneuver and keep trying several other ways to aid communication.

Because it is not a one-stop communication point, it has become advanced technological options for internet users. This manipulative ability does not signify to be a complex or complicated network; somewhat, it remains highly of benefit to most internet users and those with an average-sized home.

Ever since the birth of the ”Internet of Things” (IoT), this type of network has been on the rise.

For the perfect low cost and low power alternative to connect multiple internet devices, mesh technology is recommended. Mesh network remains a wireless multi-faceted network that does not suffer connection or data loss.

The biggest drawback of using a mesh network remains its inability to provide speed. The reason for this low speed is that each hub has to duplicate every data you receive before it gets to its final destination.

Although having its advantage, the duplication process seems to be a major cause of slow speed for mesh networks, as it takes its time to travel from the central hub.

The device has high pricing

The cost of running a mesh network is higher than using a regular router. The customer’s home size and layout determine which mesh network to employ into use.

Below is a list of three leading available Wi-Fi offers by the mesh network designed for their potential and existing customers.

The average price of these packages ranges from three hundred to four hundred dollars ($300-$400).

Therefore, the more you add to the node, the more money you’ll need to pay.

Although the mesh network was designed with customers in mind and, therefore, an ideal system for many users, it still lacks a specific feature to attract advanced Wi-Fi users.

For instance, it is impossible to run both a 5GHz and 2.4GHz band network, which can be frustrating. Users cannot add a custom DNS, and the current systems cannot change the DHCP IP.

Other Disadvantages Of A Wireless Mesh Network Include

The mesh Wi-Fi’s most prominent advantage remains in its full coverage ability in the entire house with a single SSID. It also reserves the ability to switch between nodes independently and intelligently.

Although not quite perfect and too expensive, the mesh network is still an excellent Wi-Fi internet service provider. The mesh network Wi-Fi is certainly more secured in terms of communication since it begins and ends at the user terminals.

It remains user-friendly but still on the consumer products. The choice is yours to make after weighing the good against the bad.

What are the advantages of the mesh network?

The mesh network is quick to receive messages if the intended recipient’s rout is short. Messages are always able to go through because there are several routes in which messages can travel.

What are the disadvantages of the mesh network?

The most significant disadvantage of the mesh network is that it is costly.

The more modules you get; the more money you pay. It also has a slow speed because all the hubs need to copy transmitted information before reaching its final destination. The Wi-Fi service has not central monitoring and control station, thereby making it complicated.

How best do I get to enjoy the mesh Wi-Fi?

Every Wi-Fi network service has a certain distance it is restricted to and can only broadcast within. The further the signal travels, the weaker it becomes.

Now, this is when the mesh Wi-Fi network comes into play. The Mesh Wi-Fi satellite distributed around the building retains a good Wi-Fi connection anywhere in the building.

Is it possible to get the mesh Wi-Fi to go through walls?

It is common knowledge that the farther it is to the router, the weaker the signal becomes. So Wi-Fi networks encounter difficulty going through walls and even ceiling.