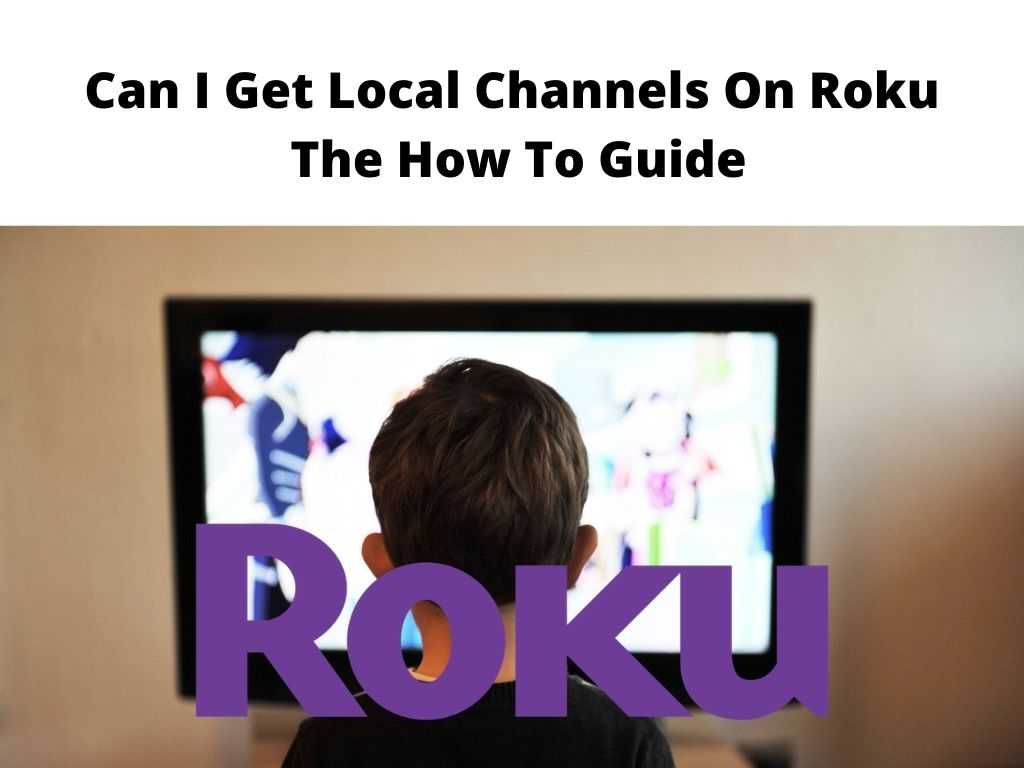 Can I Get Local Channels On Roku – The How To Guide

For customers asking “can I get local channels on Roku”, read on to find out. Roku is so unique because you can access channels on anything. For instance, live baseball, On-Demand movies, live feeds of different animals, etc. Also, there is live TV on Roku but come to think of it, what about local channels?

If you remember, local channels can be gotten free over the air with an OTA antenna, but the challenge is how is integrate it using Roku’s interface. We’ve got you covered, so read on to find out how you can do this using Roku devices.

Getting Local Channels on Roku

Official Local TV Roku Channels – If you intend to watch local channels on any Roku devices, the official Roku channel store is the number one place to consider. Here, you’ll be able to find all affiliated networks and other third-party options. For instance, you can access 100+ free local channels from the store. Some of these include; KGTV 10 News San Diego, WSB-TV Channel 2, WBRC FOX 6 News, News 12, WTVF News Channel 5, FOX13 Memphis News, Boston 25, WPXI Channel 11 News, etc. The best approach to get to see all the available free channels is through the weather and news section of the store. You can either use the web and any Roku device.

Third-Party Local Channels on Roku – In a situation where your local does not have their app, there are still other avenues to explore. First, you need to search for third-party apps. These are in two forms;

NewsON – This is a project that involves five different news stations in the United States; Cox Media Group, ABC, Hearst Television, Raycom Media, and Media General. Since this project was launched, other groups have joined them. Now NewsON offers 170+ stations to different cities for free. From their assessment, more than 85 percent of residents now have access to a minimum of one local channel.

Using an OTA Antenna with Roku – If you already have a Roku TV with an inbuilt operating system, an HDTV antenna can be hooked to it. Then you can start watching OTA TV using Roku’s interface. You just need to follow the instructions on the screen to begin. You’ll be surprised at the number of channels you can get using an antenna. Most of these modern antennas are not expensive. With the least model, you can pick up channels even 100miles away depending on the terrain of where you reside.

Using YouTube to Watch Local Channels on Roku – In case you do not know, a good number of these local channels broadcast their programs using 24/7 on YouTube feeds. At least, it’s possible to get segments, standalone clips, and episodes. These will help you to stay updated on any local happening.

Screen Mirroring to Roku – For those who don’t know, Roku devices do not give access to surf internet, and compatible Roku browser is also limited. This is actually a problem especially when your local TV channels only use their website to stream without having any third-party apps. If this is your situation, you don’t need to be worried because there is a way out. It’s referred to as Miracast for those using Windows or Android.

Simply put, Miracast can be referred to as a wireless HDMI cable. By this, you can mirror the screen of the device you’re using on another supported device(s). It’s just like Chromecast. Majority of the modern Android and Windows devices support Miracast. To apply this on Windows, navigate to the action center and click connect. For Android users, navigate to settings >>>connected devices>>>cast.

Now you know local channels can be gotten on Roku. It’s important to also remember there are paid apps that are available. Each of them has its local programming a subscriber can watch. You can start by making use of the trial version to ascertain if it’s right for you.

Is it possible to watch local TV channels on Roku?

Yes, you can view local channels if you’re making use of Roku. There are live broadcasting channels such as CBS, ABC, NBC, HGTV, FOX, etc. Once you’ve Roku TV, connect any antenna to access local broadcast TV which is free to air.

Can I find channels that are hidden on Roku?

Is there any special app to watch strictly local TV?

Yes, you can try Locast. This offers FOX, ABC, NBC, CBS. All these are 100% free to air. Alternatively, you can use a streaming device to watch Locast and it supports Roku, Android TV, Apple TV, Fire TV.