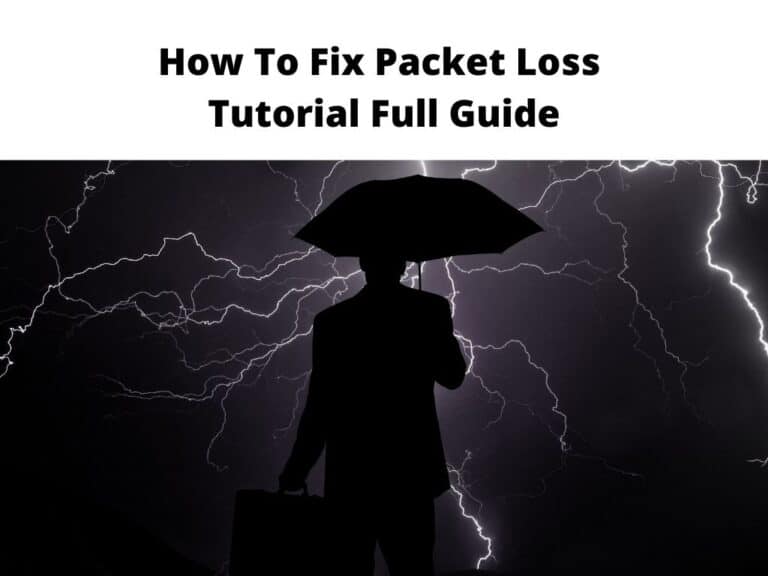 There is nothing more annoying than experiencing stuttering, lagging, rubber-banding, and connection timeouts when playing your favourite battle royal games. And when it happens while streaming your favourite shows or films, you’ll notice that the video keeps pausing.

You can blame packet loss for all of these inconveniences.

Now the big question is, what is packet loss, and how can you resolve it? Read on to learn more about the problem, how to check for packet loss and how to resolve the problem using a variety of solutions we have put together.

What is packet loss

Packet loss happens when a network connection fails to deliver data to its final destination. And when it happens, you’ll notice that your connection becomes choppy. Packet loss usually reduces the reliability of network communication with both local and remote devices.

That said, knowing how to curb packet loss should be the top priority for anyone looking to improve their network performance.

Although there are many reasons why you’ll experience packet loss, the number one culprit is Network congestion. That aside, here are some factors that can cause packet loss.

Using old, faulty, and outdated hardware like routers, modems and cables can weaken your network and cause packet loss. Without mincing words, firewalls, network switches, and routers use up a considerable amount of power. When any of this hardware runs into a problem, you may experience packet loss from time to time or even total connectivity loss.

While network congestion is the number one cause of packet loss, sometimes the problem may be due to damaged cables. So, if your Ethernet cable is faulty, not wired correctly, or too slow to handle network traffic, you may notice packet loss every now and then.

Like we stated earlier, network bandwidth and congestion is the major cause of most packet loss problems. And this usually happens when multiple devices attempt to communicate via the same network.

When packet loss happens because of network congestion, you have to wait it out, as there is very little you can do about it.

Did you know that unchecked bugs in your system can interrupt network performance and prevent packets from reaching their destination? Oh yes. Thankfully, restarting your hardware usually helps resolve the problem.

If your network connection is handling more than its capacity, then it is only a matter of time before you start experiencing persistent packet loss. And should that be the case, we suggest limiting the number of devices that are using your network. This helps to curb packet loss and ensures that your network is running smoothly.

How do you fix packet loss?

Are you wondering how to resolve packet loss? Well, before we get into all that, it’s worth noting that there is no way to prevent packet loss completely. As a matter of fact, zero percent packet loss isn’t achievable, and that’s because factors like an overloaded system, network issues, and too many users that cause packet loss are bound to pop up from time to time.

So any solutions we will be recommending will only help fix the problem when it occurs and not prevent it.

That said, here are some methods that have proven quite effective in resolving packet loss.

Double-check your connections: Because network congestion is the major cause of packet loss, it wouldn’t be out of place to address the elephant in the room. To this end, you want to ensure that your network is running smoothly. If you have multiple devices connected simultaneously, we recommend reducing the number.

Reboot your system: If you haven’t restarted your router and other hardware in a while, we suggest you do so. This will most likely jumpstart your system and fix any glitch or bug.

Update your firmware: If you have been putting off your software updates, we suggest you do that now. The truth is an up to date software is less susceptible to bugs that can trigger packet loss.

Repace old hardware: If you have been using an old router, we suggest you consider getting a new one. The thing is, old routers are more susceptible to packet loss than new ones. Also, consider changing faulty cables.

Remove any device capable of causing network interruption: If you have cameras, wireless speakers, and headphones using the same network in your home, we suggest temporarily shutting down your firewall as it uses a lot of bandwidth. Plus, make sure you aren’t running more than one firewall program at a time.

No doubt using a VPN helps resolve many network-based issues. And when it comes to packet loss, it does a pretty decent job, especially when your internet service provider causes packet loss. With VPN, you can bypass network-based restrictions like cluttering and speed throttling.

What causes packet loss on a network

Packet loss on a network could be triggered by many factors, including a loose cable connection, faulty router, or bad Wi-Fi signal strength. And should that be the case, troubleshooting your connection usually resolves the problem.

For those who have no idea, latency shows the quality of your connection within your preferred network. Plus, it is measured in milliseconds.

According to experts, latency between 100 ms and less is acceptable for gaming. However, anything between 20 and 40 ms is considered optimal.