Home / Streaming / Does DAZN Have UFC? – The Ultimate Fighting Streaming 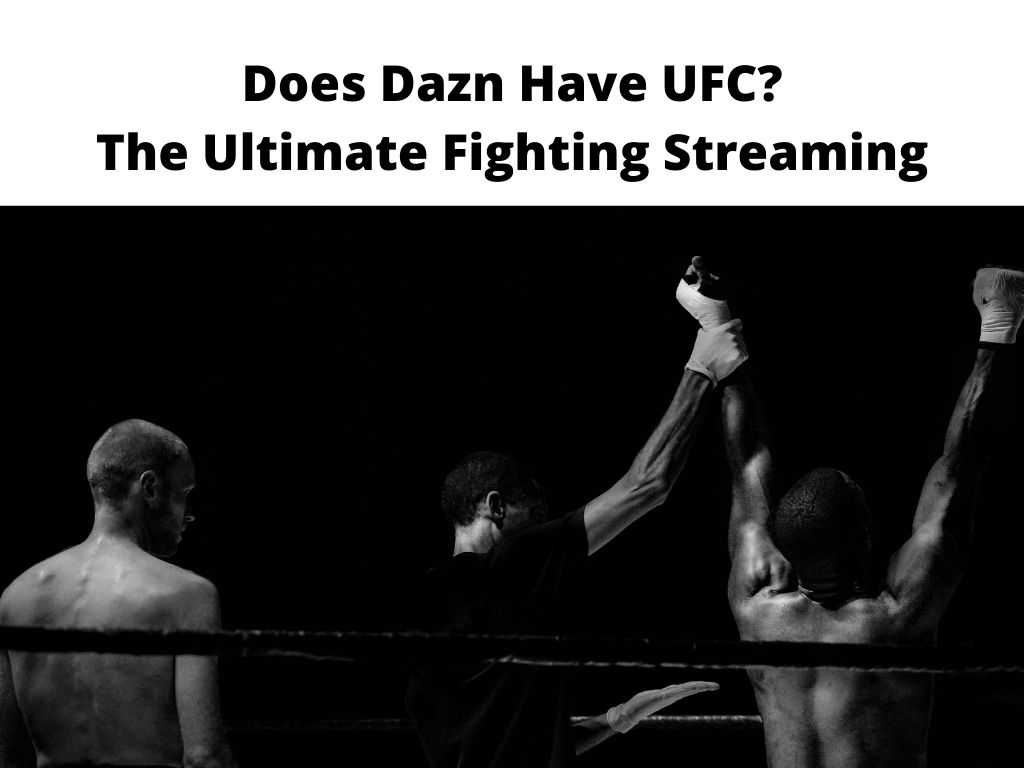 Does DAZN Have UFC? – The Ultimate Fighting Streaming

For subscribers asking does DAZN has UFC, this write-up is for you.

DAZN remains a global sports streaming service that covers the majority of the minor and major sporting events. With either the monthly or the yearly subscription, you have the opportunity to watch some of the biggest combat sports, classic archived shows, interesting interviews, exclusive access to fighters and other promoters.

Apart from these, depending on your location, you can also access live actions from Six Nations rugby, Champions League, English Premier League, Bundesliga, NFL, Serie A, etc.

Does DAZN have UFC?

Fighting is one of the major sports being focused on by DAZN. This is the reason why they always partner with different fighting promoters such as Golden Boy Promotions, Matchroom USA, World Boxing Super Series (for boxing). Apart from all these, if you’re an MMA fan, you can also get to stream Combate Americas and Bellator.

If you’re a cord-cutter that can’t get enough access to boxing or UFC fights apart from most top rank fights, DAZN is here for you. Because here, you’ll watch more than 100 live fights.

The good thing is that you don’t require any pay-per-view fees or rights from a mobile, web browser, DAZN app, or other streaming devices.

The UFC fight pass goes for $9.99 per month or $95.99 per year. Here you can stream live UFC, MMA content, which is more than what is being broadcasted on ESPN and ESPN+. There are also live analysis shows including classic events and bouts.

In recent times, online streaming has taken over satellite and cable services. Because it remains an easier way people can enjoy their TV shows and movies no matter where they are.

It took a while for heavyweights like ESPN to join the show. This gave rise to rollout for new streaming services like DAZN to give an alternative to sports fans.

Can I get UFC on DAZN?

Yes, you can watch UFC on DAZN. On this platform, subscribers have the opportunity to watch UFC’s best content that they love using different devices at an affordable monthly price.

Is it workable to get UFC on DAZN Canada?

For those residing in Canada, there are early prelims for the UFC fight pass and TSN. This particular prelim on TSN and RDS has a pay-per-view card which can be accessed on Rogers, Bell, SaskTel, Shaw, Videotron, Eastlink, Telus including UFC PPV, especially for UFC Fight Pass.

Can I just watch only pay per view on DAZN?

No. You just need to pay a monthly subscription. Once you’ve paid for it, you’re in. However, for those in Mexico, DAZN subscription gives you access to pound-for-pound for boxing (Saul ‘Canelo’ Alvarez) including other fights in the boxing middleweight.

Is there any option of watching UFC fights for free?

Well, it’s not technically free because, with your monthly subscription, you can get a chance to stream all previous fights either using the UFC Fight Pass or ESPN+. All these fights are included.

PrevPreviousDAZN Subscription – How Much Does It Cost?
NextDoes DAZN Have NBA? – The Best Basketball StreamingNext
Facebook Twitter