Home / Streaming / Does DAZN Have NBA? – The Best Basketball Streaming 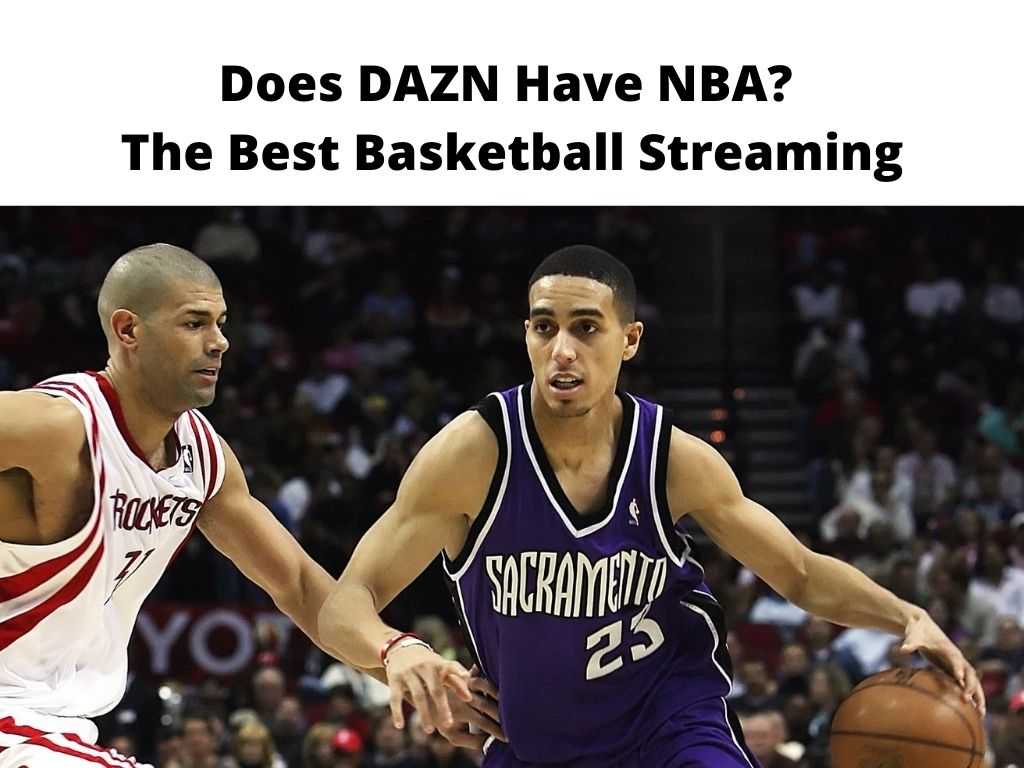 Does DAZN Have NBA? – The Best Basketball Streaming

DAZN is a live sport and on-demand streaming service, but can you watch NBA on DAZN?

If you`ve been asking does DAZN has NBA, read on to find out. DAZN for those that do not know is a live streaming platform that concentrates on sports.

Different sports fans can access live and on-demand events. All DAZN subscribers have the opportunity to watch original programming using different devices at either monthly or yearly prices.

None involves no contract. Since DAZN was launched, it has showcased some of the biggest events in boxing, MMA, Major league Baseball programming, and other sports games.

Can you watch NBA on DAZN?

The best basketball games can be seen in the NBA and it can be accessed live on DAZN.

Since it was launched, the streaming service has not disappointed in showcasing interesting NBA games including all the play-offs. Apart from getting all games in live broadcast, you`ll also have the opportunity to rewatch it after the games.

In other words, DAZN has remained a good alternative especially for NBA fans who cannot afford or do not want the NBA league pass.

You`ve nothing to worry about because here you`ll get to watch different games from the basketball league service each season. On average, DAZN guarantees more than 200 games in any regular season. Normally, this is divided into seven games per week in each season.

The Live NBA broadcast and rewatch

Once you`re an American sports fan, accessing the majority of their interesting sports is not always easy because of the time(midnight) the games are being played. In short, when it comes to any special final, the majority of the spectators tend to set their alarm clock at either 1 or 2 AM just to be part of the games.

With DAZN rest assured to avoid all this fatigue because you`ll still have the opportunity to rewatch all the games after the live broadcast. This way, you`ll get to skip all the annoying commercial breaks.

For the current NBA season, you can get to watch it live on DAZN with the rewatch that comes later.

You`ll get to watch a maximum of 182 games, some selected play-offs including conference finals and NBA finals. Some are even broadcasted using German commentary.

Are there other sports broadcasted on DAZN?

It`s a bus stop for all major sporting activities.

Is it possible to rewatch any fights on DAZN?

Yes, you can rewatch fights. In short, on the DAZN app, you can rewind, pause, fast forward either live or replay videos.

For instance, in a situation where you want to watch a captivating moment more than once, simply skip it back for 30 seconds. This will replay the action again. Even on your PC, tablets, or phone, you can control playback by simply making use of the on-screen buttons or the timeline.