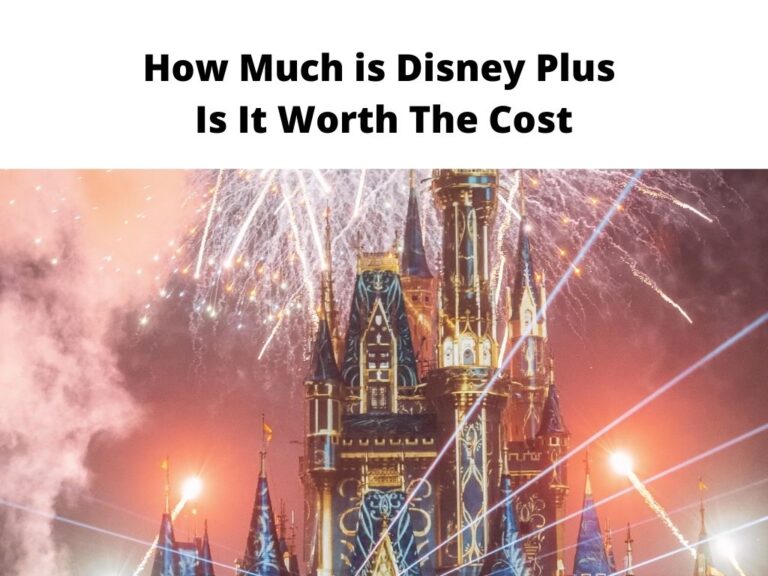 How Much is Disney Plus – Is It Worth The Cost

If you want to know how much is Disney Plus, read on to find out. Currently at the moment, Disney Plus remains among the cheap streaming services because their charges are lower than their competitors such as Netflix, HBO MAX, etc. Their affordable price helped them amass huge subscribers totalling about 100 million.

This growth has also made them increase their prices for the first time. In general, Disney Plus has a huge library of familiar On-demand movies and shows from Walt Disney TV and Walt Disney Studios. The streaming service comprises Disney classic titles and other new programs put together for potential subscribers.

The cost of Disney Plus

The charges depend on if you want to pay for monthly, yearly, or bundle plans with ESPN+ and Hulu. Also, there has been a little increase in price since it was launched in 2019.

What the price includes

Signing up for Disney Plus

Once you’re a Disney fan, this service is ideal for you. This is needed especially for families with children who want to be updated with Disney movies and other interesting movies from the Disney vault. For you to sign up, it’s important to visit the Disney official website. This can be accessed by anybody whether you’re in the US, UK, or Europe.

Note: There will be an option to save more by choosing the bundle plan that comprises ESPN+ and Hulu. Once you decide, next is to put in your billing information.

For those that prefer more movies, TV shows, and sports content, it’s better to go for the bundle package. Currently, the bundle which comprises Disney plus, ESPN+, and Hulu costs $14 per month.

Normally, signing up for these services individually will cost you $19.97 per month. This means you’ll save some money when you bundle your services. Existing ESPN+ and Disney Plus subscribers can easily upgrade without cancelling their active membership.

The only challenge is that the Hulu included there still comes with ads. However, you can still upgrade to an ad-free version and still enjoy the bundle discount. The process of bundling it is still the same.

The cheat sheet in a glance

Movies and TV shows available on Disney Plus

Any movie or TV released can be watched on Disney plus. For instance, classic movies like Snow White the recent Star Wars are all available. The library comprises numerous titles to select across Marcel, Pixar, Star Wars, 20th-century fox, National Geographic, etc. Disney plus also includes exclusive original programming and TV series such as Winter Soldier, The Falcon, Wanda Vision, Bounty hunter, etc.

Also, Disney Plus has musical content together with the film version of the Broadway show; Black is King and Hamilton. Everything is included in your package and it also has a Premier Access release. But the Premier Access titles cost extra charges to unlock. With this, subscribers can have access to films meant for theatrical release.

Disney Plus is an ad-free, On-Demand streaming service owned by Walt Disney. On the platform, subscribers have the opportunity to watch numerous Disney movies and TV series on any device. You also get to enjoy unlimited downloads which will give you access to watch content anywhere without restriction.

What is the cost of Disney plus?

The cost varies depending on the plan you want to subscribe to. For instance, the bundle that comprises Hulu, Disney Plus, and ESPN plus together goes for $12.99 saving you $5.83 per month. Some supported devices include Amazon Fire, PS4, Chromecast, Xbox One, iPad, iPhone, Apple TV, Chrome books, Android.

What is included in Disney Plus?

Is it possible to get Disney plus cheaper?

Yes, you can get it cheaper, just sign up for a free trial. Search for Disney plus, then select an annual subscription, then place your order.