Home / Streaming / Is Hamilton on Disney Plus – How To Watch 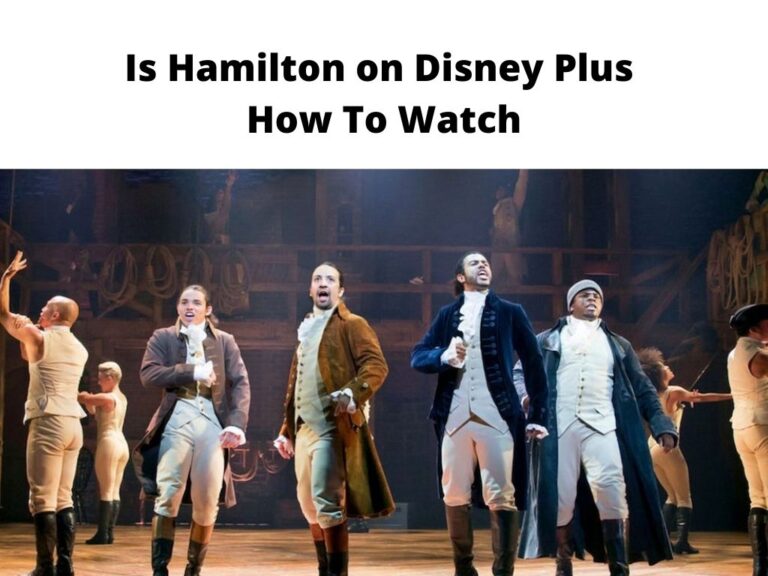 Is Hamilton on Disney Plus – How To Watch

If you’re among the subscribers asking is Hamiton on Disney plus, the answers you seek are embedded in this write-up. In recent times, music theatre has caught the imagination of a large audience because of Lin-Manuel Miranda’s Hamilton. Meaning that soon fans will once again be treated to a front-row seat.

The filmed story of the creative Broadway production will soon be on Disney plus. With this, fans can easily make their way virtually to the Richard Rogers Theatre.

To some, it will be a repeat visit while it will be the first time for some fans. The Hamilton will be available on Disney plus for a total duration of 2 hours, 40 minutes. Though this is 15 minutes less than the initial proposed Broadway runtime. This is as a result of the streaming version which has been having a shortened intermission.

From moving forward, Hamilton will continue to stream on Disney plus. Meaning subscribers can get access to the service many times without any restriction. The cinematic version of Hamilton follows a nominal historical figure which is played by the original composer Lin-Manuel Miranda. In the scene, he contends with the impact of the American Revolution, the legacy it left behind and others who helped to shape his life leading to the ill-famed duel with Leslie Odom Jr. The “Hamilton” film showcases the original cast of the musical.

Watching the Hamilton on Disney Plus

Streaming Hamilton on Disney plus costs $6.99 per month and $69.99 per year. Furthermore, there is a $12.99 per month option for bundling the service with ESPN plus and Hulu. With the streaming access, you get to enjoy unlimited access to all Disney’s extensive history of all the movies and shows. There are also other contents from Marvel, Pixar, Star Wars including National Geographic.

The route to signing up is through their website. When subscribed, you can stream online through your smartphone, smart TV, or any other device that is compatible with Disney plus.

The Hamilton film adaptation hopes to provide viewers with a cinematic sight into the live theater experience. Disney plus remains a home for comparable musical adaptation together with a filmed stage version of Newsies.

How can I possibly stream Hamilton on Disney plus?

To be able to watch Hamilton on Disney Plus, you need to sign up for Disney plus from the official website. The different plans include $6.99 per month and $69.99 per year. There is also a bundle plan of Disney plus, Hulu & ESPN plus for $12.99 per month.

What’s the duration of Hamilton on Disney plus?

The duration on Disney plus is 2 hours, 40 minutes but this is about 15 minutes short of the initially estimated Broadway runtime. This is because the streaming version has a shortened intermission.

Why am I finding it difficult to find Hamilton on Disney plus?

Normally, the Hamilton movie version is expected to hit the theaters around October 2021, but it was moved to be showed online on Disney Plus because the theaters were closed during the coronavirus pandemic period.

Is it possible to stream Hamilton on my TV?

At the moment, it streams on Disney plus just like hit shows like Wandavision, Mandalorian, and other Disney plus originals.