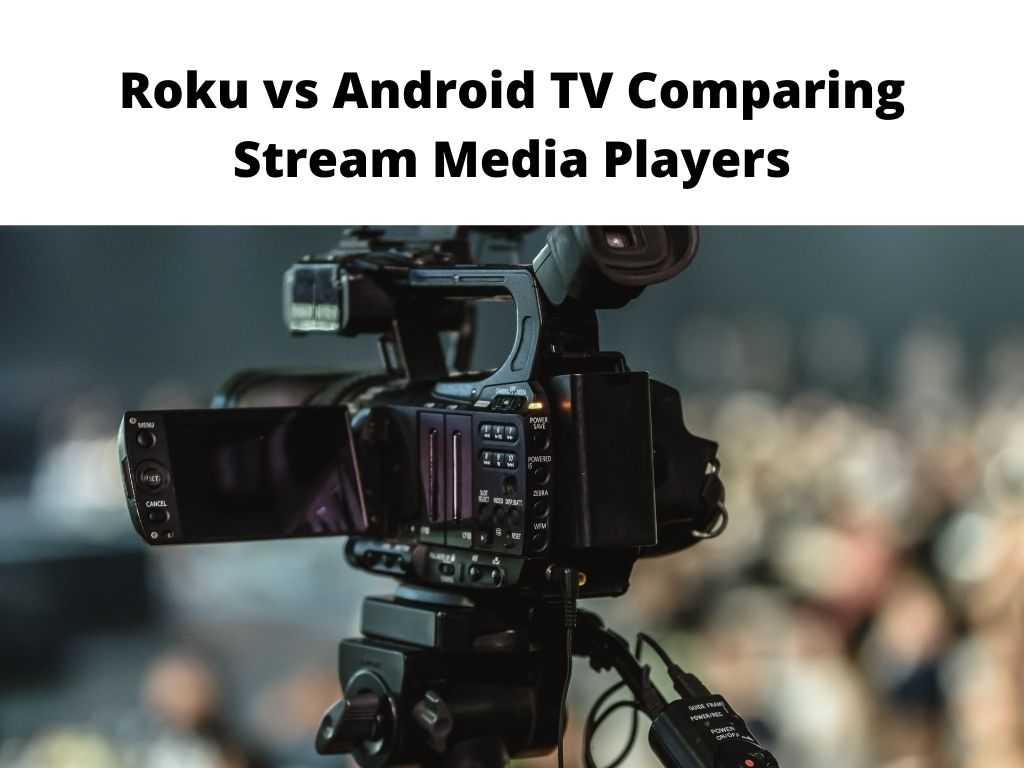 Looking for answers about the Roku vs Android TV then check out this in-depth review.

Since their inception, there are a variety of streaming services to choose from ranging from Roku, Android, Apple among others. The choice of the streaming service to use depends on the user’s preference as well as the reliability the said service offers. To help you in decision-making, we will be comparing two of the biggest streaming services, Roku vs Android TV.

This brand of hardware digital media players is manufactured by Roku, Inc. which is an American Company.

Although the company was formed in 2002, their first model device which was developed in collaboration with Netflix was introduced in 2008. The main objective of developing the device was to make it possible for the users to access streaming media content from different online services.

Find out more on our latest review.

Almost everyone in the world knows of Google’s operating system that dominates the smartphone world but how many people know of the android version for TVs? Due to its partnership with some of the popular TV brands such as Philips, Sony, and TCL, Android TV has captured the attention of many users. Just like the mobile version, Android TV was created by Google and was specifically tailored for our TVs. It is sometimes referred to as Google’s current smart TV. It focuses on enhancing your ability to enjoy the content on your TV from the various subscriptions you may have. These include; Amazon Prime Video, Netflix, and any other personal media collection at your disposal.

An important feature of the Android TV is the ability to access the Google Play App store which is home to thousands of apps designed to give you the Android TV’s full experience. Google Assistant which gives you voice control for any TV content is embedded with every version of Android TV. And also allows you to voice control any smart products in your home.

Android TV supports various TV features such as 4K Ultra, HDR, and Dolby Atmos, and your ability to take advantage of these features mainly depends on whether your device supports them. Before Android TV uses these features, the device must fully support them.

The question of how to get Android TV is a concern to many users. The partnership with various high-profile TV manufactures ensures that Android TV comes pre-installed as the default Smart TV. You can get this from Sony, Hisense, Philips, One plus and sharp. This user experience is not limited to new buyers only. If you have an existing TV that has an HDMI port, you can add an Android TV by purchasing an Android TV set-up box from a company of your choice for example Xiaomi, AirTV, and NVidia. Before purchasing an Android TV box, please check the official Android TV devices to ensure you are not scammed by buying a non-TV version that does not come with voice remotes.

Finally, Using the basic Android TV does not necessarily require a Google account but if you need to use Google Assistant or download apps from the Google play store, a Google account will be required. Whether you are using external Android TV set boxes or pre-installed devices, you get voice-capable remote controls that allow you to control your devices remotely.

How good is Android TV?

When it comes to the user interface, both Roku and Android TV take different approaches. Since you will be interacting with your TV often, you should select the one that works best for you. Roku mainly focuses on simplicity. A list of the installed apps appears on the home screen while the menu on the left allows you to navigate to other pages. There is a list of the featured free content, Updates on movies available for purchase and the days they go on sale, quick assessing for renting and buying movies, and the free apps you can download on Roku as well as the settings tab. Although the interface is simple to use, many users term say it is outdated.

Android TV on the other hand offers a more visually-interesting experience through its modern and easy-to-navigate interface. The most used apps appear at the top and a button for searching for everything installed is available next to it. Your favorite apps then appear below them. For example, Netflix highlights the shows they think you will be interested in while YouTube highlights the most trending videos. Of the two, Android TV is the better to look at. It brings life to the screen with its different content.

In this category, Roku has an upper hand since it is well known in the market and therefore has a wider variety of devices available both for streaming boxes and full-on TV. There are different types of Roku streaming boxes and sticks that are available in the market all of which have different features and limitations. The boxes are quite affordable as well. The price range for these boxes is between $29 and $99.

Android boxes on the other hand retail for a price of between $179 to $199. The high price restricts most buyers who would be willing to go for it. The Android TV is no better as its price is still higher as compared to the alternative.

Back in 2015, Roku added voice controls but the downside is that not every box/ TV comes with a remote that supports this out of the box. Roku voice works fine when you are performing the basic tasks such as finding specific titles and genres among others.

If you have either Google Assistant or Alexa in your home, you can use them for controlling Roku. They allow you to perform the same tasks you would perform using a Roku remote and does it without requiring any special hardware.

Every Android TV/box has a voice remote that allows you to give commands to your Google assistant which can be used to control your TV as well as any smart home products you may have. Google Assistant does more than just controlling your Android TV. You can use it to check your calendar, check the weather among others. For voice controls, Android TV takes the win due to its additional functionality that generally ensures your life is moving on smoothly.

Even with the recent improvements, it does not mean that the gap for the content no longer exists. It is however very narrow as compared to a few years back. While both Roku and Android TV allow the user to download most of the common streaming apps such as Netflix, YouTube, and Hulu, Android TV users have been victims of various odd quirks.

For example, Comcast does not support Android TV which results in Xfinity customers not being able to use their credentials in logging into their HBO app on Android TV. A variety of other apps also suffer from the same issue.

Roku on the other hand has a bunch of smaller channels that are not likely to be seen on Android TV. Some of the channels are not good but you get an opportunity to pick your preference from a wide pool. Therefore, based on content, Roku takes the win.

Roku takes a lead in this category. The simplicity and personalization make it easy to navigate and stream from this box and is especially friendly to new users. Once you access the Roku Channel, you get over 10,000 free movies and TV episodes at your disposal while allowing you to sign up for premium content if you wish.

Android TV on the other hand is a little complicated for new users especially those who are not conversant with Google/Android menu. The interface is also not simple for new users as compared to Roku.

Do you require Internet to use Android TV Box?

Is there any difference between Android TV and Smart TV?

Does Roku charge a monthly fee?

Once you connect to a Roku device you are given access to over 10,000 movies and TV episodes all of which are free. If you want to watch premium channels you will be required to pay. The need for premium channels arises due to the many ads contained in the free channels which can disrupt the user and make the experience less exciting. The free channels also, may not contain all the latest movies and TV episodes hence forcing the user to upgrade to Premium channels for a chance to watch the latest from their favorite shows.

Any type of streaming device you choose has its pros and cons and the ultimate decision on which one to choose lies on the user’s preferences. If you are looking for a streaming service with many channels, a simple interface, and is pocket-friendly, then Roku should be your choice. If you are already invested in Google’s products and you like the power of voice control for your smart products, then Android TV should be your choice. Although both of them will give you a great experience, Roku is an overall better option as it gets you access to a lot of content for a good price.