Home / Blog / Difference between Bluetooth and WiFi – Which Connection is Better For Internet? 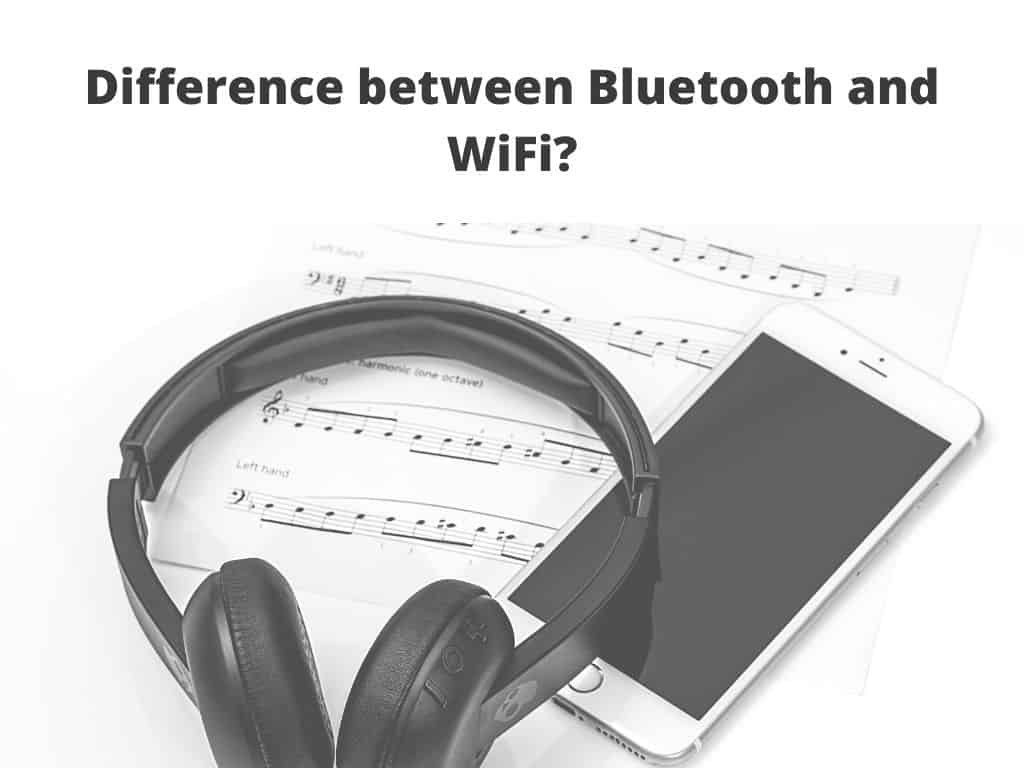 Difference between Bluetooth and WiFi – Which Connection is Better For Internet?

Bluetooth and Wi-Fi are two main ways of going wireless. Today, all devices use these two technologies to connect to the internet and/or share information between themselves. But have you asked yourself what’s the difference between these two and what are some of the advantages and disadvantages of one over the other? Let’s find out.

Bluetooth was developed in the 1990s. It enables short-range wireless connections between two electric devices. The devices can be phones, home security, computers, or TVs. Bluetooth uses radio frequencies at the place of the infrared spectrum that is used by traditional remote controls.

Wi-Fi equally uses radio waves for high-speed data transfers. It was developed in the 1990s but has gone through a series of standardization processes. It was later on approved by the Institute of Electrical and Electronics Engineers (IEEE). The range is longer than the one provided by Bluetooth. It simply works by breaking a signal into pieces and transmitting the different pieces to different radio frequencies. This is what allows different devices to use the same Wi-Fi transmitter and share information simultaneously.

Although these two wireless forms of communication are used to perform closely similar actions, they differ significantly in terms of capabilities, purpose, and a few other factors. Below are typical differences between Wi-Fi and Bluetooth.

These two technologies are used to establish a short-range wireless communication between devices such as laptops, home security, phones, and computers. But they differ in the length of the range of connections. Bluetooth establishes shorter-range connections between two devices to share data. On the other hand, Wi-Fi was initially used to make devices connect to the internet over a relatively higher range. But today, it can as well be used to connect devices and facilitate wireless use or seamless sharing of data.

I bet you know that it’s difficult to share data simultaneously between devices using Bluetooth. It limits the number of devices that can be connected and use the signals at a time. Wi-Fi is open to a couple of devices that can get internet and share data simultaneously. This is the reason why Wi-Fi is more popular than Bluetooth in the world today.

The two wireless communication technologies work differently. Bluetooth requires only an adapter on both devices to get them connected. This means you only have to enable Bluetooth on both devices and pair to connect. Wi-Fi, on the other hand, takes a sophisticated establishment to share data. Someone might be required to have the technical knowledge to establish wireless connections in the router for the devices to connect.

When sharing sensitive data wirelessly, we often seem to ignore security threats that come with it. Although Bluetooth proves to be secure in the sense that only one device can be connected at a time, there are many security threats to it. This is mainly because Bluetooth doesn’t have additional security features, such as high-end passwords and encryption. Wi-Fi, on the other hand, is more secure and reliable than Bluetooth. It has security features that are better than Bluetooth.

Can you use Bluetooth without WiFi?

Yes, you definitely don’t need the two to share information between two devices. The only challenge is the fact that you cannot be able to establish an internet connection with Bluetooth in many devices. Some of the devices in the market today differ in the way they are made. Some of them will only use WiFi, while others can use both Bluetooth and Wi-Fi to send data. This is especially the case with printers and house devices.

What are the advantages of Bluetooth over WiFi?

What are the advantages of WiFi over Bluetooth?

Which is better, Bluetooth or WiFi?

Which between these two standards for wireless communication is better depends on many things. However, Wi-Fi is known as a better option overall for full-scale networks. This is because it enables faster connections and a longer range from the station. Wi-Fi also provides better online security than Bluetooth.

Is WiFi streaming better than Bluetooth?

Most homes usually use Wi-Fi or Bluetooth speakers for streaming and music. Although the two technologies work for this purpose, Wi-Fi speakers have a better sound quality and can be placed longer from the base station than Bluetooth speakers.

Do you need WiFi for Wireless speakers?

You can go wireless either through Wi-Fi or Bluetooth. Remember, Wi-Fi speakers connect to the home network and run on AC power. On the other hand, Bluetooth speakers are paired directly from laptops or phones or other devices, and they are usually battery-powered.

Which speaker should I buy? WiFi or Bluetooth?

The two speakers usually work as needed, but there are few reasons to choose any of the two. Wi-Fi speakers have a clear and high-quality sound. Wi-Fi speakers also offer a longer range. But they use AC power and mainly need an outlet. If you want portable devices, it’s better to go with Bluetooth Speakers because they are battery powered and can easily connect with the Phone or computer.

Both technologies were brought into the limelight in the 1990s to enable wireless connections between devices. They serve the same purposes but work differently and have different capabilities. Devices today either use Bluetooth or WiFi, but some of them come with the two technologies enabled. Bluetooth is a short range wireless communication while Wi-Fi is a relatively higher range wireless communication technology with its own bundle of advantages and Disadvantages.