Home / Blog / How Much Does Satellite Internet Cost – 5 Important Factors 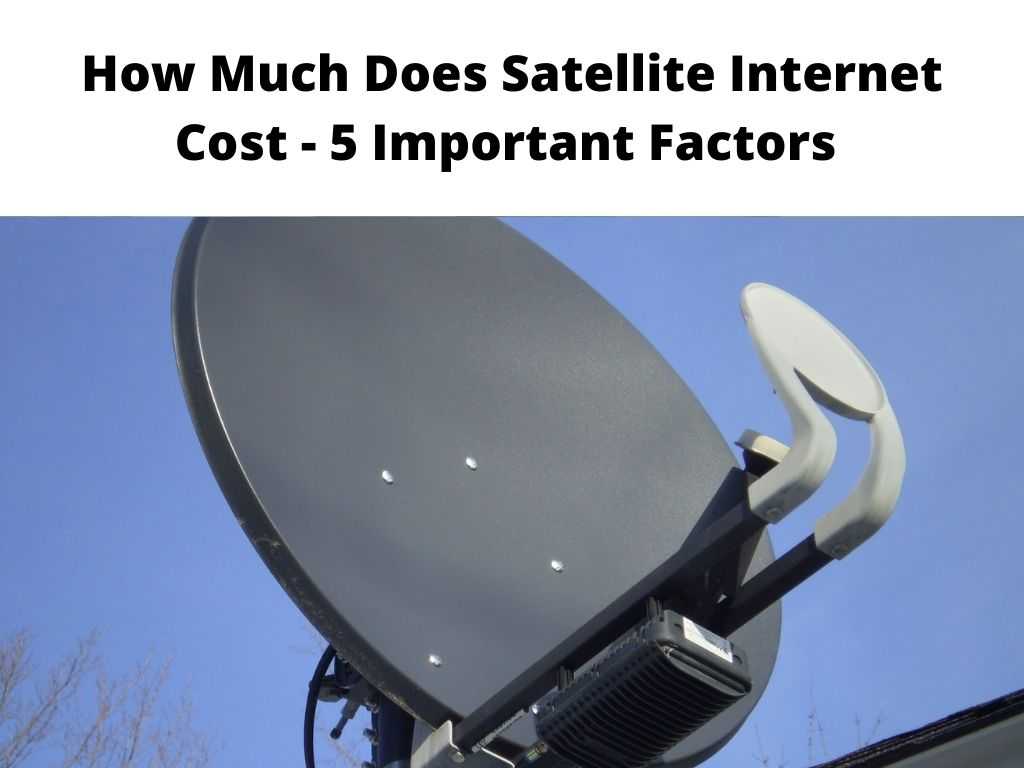 How Much Does Satellite Internet Cost – 5 Important Factors

This is actually more than either fiber or cable plan which is within the range of $50 monthly. The distinctive difference is that satellite internet can be accessed everywhere and it’s consistent. This cant be said about fiber or cable which can vary from place to place.

The two most popular satellite internet in the US is HughesNet and Viasat. The latter is about $8 higher than the former but Viasat has a higher speed. The average price for HughesNet is $94.99 while that of Viasat is $102.86.

The average speed falls with 31 Mbps. You might think this does not make sense but it’s pretty good because FCC classifies 25 Mbps as broadband.

It’s important to note that this average speed is a bit twisted because for instance, HughesNet intends to max out at 25 Mbps but for those that need more speed, Viasat’s plans are up to 100 Mbps but that will depend on your area.

Factors that increase the cost of satellite internet

The prices of internet packages are strictly based on the speed they offer. That the reason why you pay more for faster internet. So the plans are actually made to be easy and it’s easier to upgrade when you need more speed. On the other hand, some price their own based on a data cap.

Pause, some might ask, what speed do I actually need? Well, this will depend on the following:

As stated earlier, some satellite internet is prices based on data cap and not speed. For instance: HughesNet offers the same speed of 25 Mbps but there is still an addition of 10-20 GB in each package tier.

For Viasat, their data limits increase so as the speed. The highest you can get on the Viasat package is 150 GB but you need to remember that these limits are just like thresholds. As you reach the threshold, you won’t be cut off but the speed at which you previously browse will reduce to 1-3 Mbps.

Wait, how much data is actually enough?

Like it was pointed out, the collection of your activities will determine the quantity of data required. For instance, when you surf only websites and occasionally check your email, a package of 35 GB will likely be enough for you.

But for gaming, streaming video, and music, that basic plan might not be enough. For instance, spending an hour on Netflix can consume about 3GB or more depending on if it’s HD or not.

Other factors that trigger the costs

This can be done for free but you’ve to meet certain criteria. For instance, Viasat does a rebate program for new subscribers with waives off the installation fee.

Aside from that, the cost alone is $99.95. For HughesNet, you actually need to purchase $449.99 equipment outright if you want free installation. Leasing is $14.99 per month plus an activation fee of $99.

As you can see, you get to save more when you pay upfront especially when you intend to stay with the same ISP. When you’re still in doubt, better stick with the monthly lease.

The price is expected to increase for Viasat after the first three months which is the introductory period. The increase will depend on the selected plan but normally it’s between $20-$50 monthly. On the other hand, HughesNet doesn’t have any price increase. You pay for the same thing for the two-year term.

Putting all these together, you can see that the cost of any satellite internet will depend on the data cap and the speed. If you factor in price hikes, that will give you an idea of what the average cost will be.

What is the cost of satellite internet?

In the United States, the average cost per month is $100 month which is higher than fiber or cable that goes for $50 monthly. The satellite internet is also available anywhere within the country.

Can satellite internet be attributed as a good option?

It’s a better option to people that reside in the rural area that has no access to cable, DSL or even fiber options. In addition, you’ll get a better speed with satellite internet just that the price will be higher.