Home / Blog / What Is WIFI Calling – Will It Replace Phones? 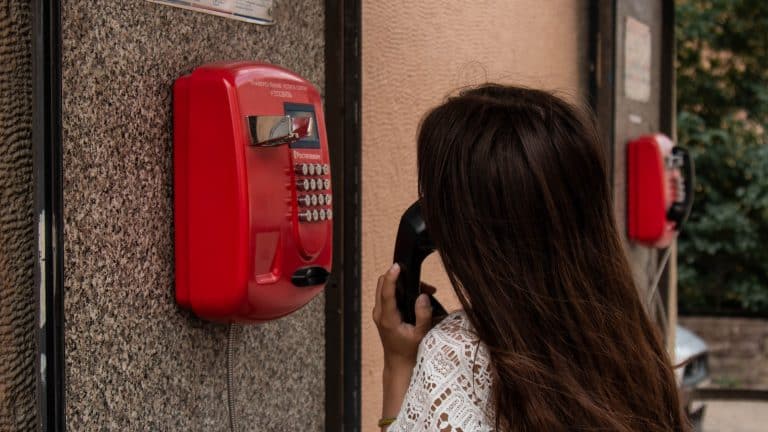 What Is WIFI Calling – Will It Replace Phones?

Smartphones came and revolutionized how we interact with each other. It’s like a powerful computer in your pocket to keep you updated with the Goggle maps, news, watch your favorite movies and TV shows, and at the same time, connect with the rest of humanity from all parts of the world. Carrying such a powerful device in your pocket has countless and unlimited advantages. But do you know smartphones and most of their functionalities have a couple of disadvantages too?

One major functionality of Smartphones, tablets, and computers is wifi. Wifi can be used to send files, receive notifications, and connect to the Internet for browsing and streaming needs. Another major use of wifi is what we call wifi calling. It’s what we’re going to discuss in this brief today.

What is wifi calling?

Wifi calling, as the name suggests, is sending and receiving texts and phone calls via wifi network rather than having to completely rely on the conventional cellular network. This is not a new concept but rather a function that has been under improvement for some time now. It was initially limited to services such as O2 and Skype.

A few months ago, the giant carrier T-Mobile and Apple joined the trend to try and enhance the technology for calling and texting. The functionality started with iPhone 6, but now the technology is spreading all over the world. Today, android devices have also stepped in and started using the technology. But not many users know exactly what is wifi calling, how it works, and how to turn it on. Let me break down everything you need to know about wifi calling and its benefits and disadvantages.

How does wifi calling work?

The wifi calling technology works in a couple of ways, but the simplest way to initiate wifi calling is through a Voice over Internet Protocol (VoIP) system. This system works by reaching the carrier over the internet connection and will eventually initiate a phone call. A lot is working behind the doors to make this possible, but practically, that is the simplest explanation.

I’m sure you have seen this technology in many apps and devices. Think of apps like WhatsApp and Skype and how people make voice and Video calls without necessarily having to connect their Phone number! These devices use VoIP technology to make it a reality. The good thing is that today smartphone users don’t have to do much to achieve a stable Internet connection. As a matter of fact, with apps such as Nextiva, you don’t have to get a SIM card to establish a strong connection.

Will you be charged for wifi calling?

In an industry where phone calls, the Internet, and sending SMSs are becoming increasingly expensive, you might be wondering whether wifi calling will cost you any money. Previously, all the calls made through the phone came from your monthly allowances. This wifi calling system works in a similar way, but there are no additional charges. This indicates that the charges will be taken from your monthly Voice Plan.

Although this technology is still growing, it’s the best system for employees that telecommunicate. Such individuals will not pay sky-high international calling rates. Most Internet service providers will not charge you an extra fee after choosing Internet plans from them.

You might already be wondering whether this type of technology has any advantages and disadvantages. Yes, just like everything else, wifi calling has its own pros and cons, as discussed below.

So, why would you consider calling using the wifi rather than the regular Cellular connections? Here are the main advantages of wifi calling and why people and businesses are turning to wifi calling.

Wifi calling allows you to make affordable or cheap calls as long as you have wifi signals available. The fact is it’s now becoming easier for people to communicate with others around the world. It’s predicted that by 2022, the world will see more than 549 million public hotspots. This shows that even when you haven’t paid for your regular call services, you can still be connected to the world via a wifi connection.

The wifi calling voice sounds better than traditional cellular technologies. There are many concepts in this case. The first reason is that the technology uses Wireless carriers that have upgraded their services over time. The quality of voice and audios also depends on the strength of Internet connections.

Wifi calling beats the poorest cellular connections. Thus, it’s an alternative for families and individuals who live in areas with poor cellular reception. As long as someone has stable wifi connections, they can make phone calls and send messages.

Are you planning to travel to a foreign country? Are you moving from the USA to Europe and worried about the roaming charges? If yes, then wifi calling has you covered. You don’t have to keep worrying about roaming charges for sending messages and making calls. The wifi calling technology offers free alternatives except for data usage. This means you can use it abroad whenever you travel for tourism or business and pay no extra coin for International calls.

Without a stable wifi connection, no calls or

Wifi calling relies heavily on the stability of your wifi connection. If your connection is not stable for any case, there are chances that you will not make the calls or send messages successfully. Fortunately, there are millions of Hotspots around the world to keep you connected. Another thing, Americans have access to more than two Internet Service providers.

You will incur other data charge costs unless you’re using your home Internet for the wifi connections. Otherwise, you will be required to buy data to stay connected. Although it’s called wifi calling, you can still make the calls through the use of data as it’s the case with Skype and Whatsapp. Luckily, most video and audio calls use less than 8Mb and 1Mb, respectively per minute.

People living in rural areas don’t have stable Internet connections. Most of them don’t have access to Cable and Fiber Optic Internet. This means that they will only have the option of choosing data bundles or Satellite Internet for wifi calling. We all know that Satellite Internet connections can be affected by a couple of factors, including weather and the company’s issues. In such cases, the quality of voice and audio will be lower than normal.

The fact is trying to get the best wifi signals for such capability is a big challenge. Most of the time, the quality of services will be affected depending on the strength of the wifi available and the quality of connections. There’s no guarantee that you will find wifi signals wherever you go. Luckily, you can opt for Portable wifi devices if you are traveling out of town.

Unlike the traditional calls, there’s a 1-2 second delay in the conversation. This is common, and we all know about it. It’s mainly the case with video calls where the movements and lips don’t match the sounds at the time.

Deduction of minutes with some plans

Some companies and Internet service providers will deduct minutes from the plan, especially on unlimited plans. Some of them will also charge an international rate if you try to make an international call using a US-based Smartphone.

Not supported all over the world

Wifi calling is not supported in China and Australia, among many other countries. This is clear that calling someone in those countries with wifi calls is not possible.

Setting up wifi calling on the smartphone can be a challenge.

Most people don’t know the process of setting up wifi calling features on their smartphones. Although this is simple with some basic knowledge, some smartphones require you set it manually.

How to make wifi calls on an Android Smartphone?

I had earlier mentioned that it’s a little difficult to set up the wifi calling option on your phone. However, some of the smartphones come with this functionality automatically enabled. In the case of an Android Phone, you should check on Playstore for some compatible applications with this service. Try WhatsApp, Skype, and Facebook. With these applications, it’s very easy to use this technology.

After deciding the type of application to use, the next step is to download and install. After that, set up an account and open the respective app. Click on the call or the video call symbol on the app. The three applications make it very easy for you to see the call icon at the top of the application.

Google has its own dedicated application known as Google Talk, which you can try today. But remember these applications use VoIP, which is slightly different from the technology used by wifi calling. For that reason, the phone user will have to set the wifi calling feature manually. This way, you will not have to download an app or connect to service for wifi calling.

How to set up wifi calling on an iPhone?

Alternatively, someone can go for apps like Skype and Whatsapp that enable VoIP calling. Each of these apps has its own Android and iOS versions. There are also other applications developed specifically for wifi calling. Some of them have games and other features that can be used.

Where is wifi available?

Does my carrier support wifi calling?

Most Carriers in the US support wifi calling. It doesn’t matter whether you’re using AT&T, T-Mobile, Sprint, or Verizon; they all offer free wifi calling inside the US. They also allow free wifi calls made to the people in the US from other countries. But this feature is specifically included with the existing monthly voice plan.

Why is wifi calling not working on my phone?

Wifi calling is a convenient feature, especially now that more than half of the world population has access to upgraded smartphones. Remember, if you’re using your Home Internet or Business Internet, the quality of wifi calling can be compromised if the download and upload speeds are lower. That can be as a result of simultaneous streaming or online gaming or even when other applications are competing for Internet bandwidth.

PrevPreviousHow To Get WIFI In Remote Areas – 6 Ways To Get Internet (Guide)
NextIs HughesNet good enough for Netflix? – A Must Read For Web StreamersNext
Facebook Twitter