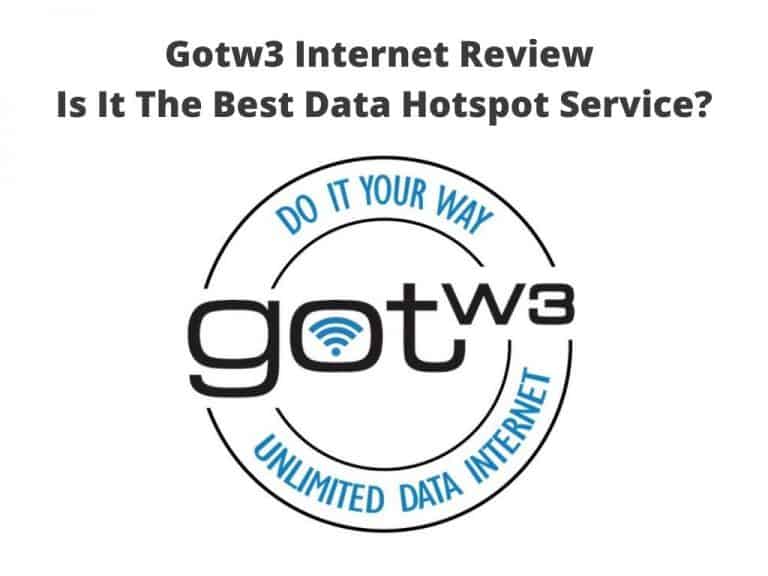 People new to Gotw3 internet may be asking if the service is still comparable to other major services in 2021 and if it’s worth making the switch? More of these answers and more in this extensive review.

The coronavirus has driven a couple of office work online and many people are now working from home. To those of us that don,t have a formal business, Internet has been a crucial link between us and our loved ones. Shopping online has never been as crucial as it is right now.

Recent research established that more than half of the Americans say that internet speeds and connectivity have been personally crucial to them during the pandemic. As more and more people understand the importance of internet speeds, reasonable pricing and connectivity, a significant number of Americans are hotly debating how the gap between those who have internet access and the ones that don,t have access to the internet is affecting productivity and connectivity.

The access to technology has been important but many people end up making costly mistakes that can affect the overall satisfaction and their monthly financial contribution. To make all this information available for you, we are today discussing one of the most viable internet choices that Americans can choose and go for today_Gotw3 Internet.

The developments in technology have really made some unimaginable projects possible in the world. The internet is a necessary utility in most households but to those of us that live in highly marginalized areas, and those that constantly travel, there are fewer options when it comes to internet connectivity. Gotw3 has been serving people by turning their call service into internet for all the connected devices. It is today one of the most trusted internet serving brands in the country. But you still need to understand this Internet brand before you rush into making decisions.

How does the Gotw3 internet work?

How the Gotw3 internet works are in the magic of converting the cell service into internet for all the devices you have at home. It gives you the internet you need for your streaming devices, laptop and even your satellite TV. It works more or less like a router that the cable company uses to supply internet to all your devices. The only difference is that the Gotw3 internet uses cell service instead of the wired connection.

Who is Gotw3 Internet for?

Do you frequently travel or live in areas where cable and Fiber internet is not available? If yes, then Gotw3 Internet has numerous benefits to you especially if you have been using satellite internet or existing cell phone plans.

This is the best Internet plan for people that live in suburban and urban areas. It is the best for people in major towns and cities and goes for $79.99 per month. The plan has speeds of up to 45Mbps download speeds. Unfortunately, this speed depends on the current signal coverage and the distance from the Cell Phone Towers.

If you live in rural areas where Internet access is limited, you don,t have to go for expensive and slower Satellite Internet options. GotW3 is a good option but there,s a disadvantage of low signals and coverage. The plan is addressed to the people that need serious internet connections but face challenges of getting internet access. The plan comes with 45Mbps download speeds just like the urban American plan.

But if you live far from the towers, the speeds can be as low as 1Mbps. Some people usually go for the boosting equipment to boost signal strength and download speeds. That said, this monthly service is relatively expensive. It actually goes at a price of $99.99 per month. Compared to some satellite data options, this may not be the best. But remember Satellite Internet comes with a couple of disadvantages too.

From the explanation given here, it,s easy to notice that the two internet plans offered by GotW3 are all unlimited. But are they really? Is the company giving enough information about the unlimited offers and the prices? Are these two plans better than other available internet options? Let,s find out.

When signing up for the GotW3 Internet, you will have to pay $227.49 for the Wi-Fi router and the first-month service. There is no way around it. All the subscribers will have to subscribe and give the details in full for the service they need. After that, GotW3 will ship a router to the address you put when signing up. There are no details about whether GotW3 uses expedited or standard shipping. That is not a big deal; let,s talk about the $227.49 for the router plus the $99.99 for the first month,s service. This price is comparatively higher than other alternatives especially if you live in major towns and cities. In my opinion, DSL and Satellite Internet have cheaper offerings. For the Urban and Rural internet plans, GotW3 uses different cell towers. In the case of the urban internet plan, GotW3 uses T-Mobile services while in the rural services the company uses AT&T.

The fact that GotW3 Internet service uses Cell towers that are used by other Internet service providers, there are chances that the owners will put their customers on the front page in case of any issues. This indicates that in case of shortages or concerns, the GotW3 customers will be the last ones to get the service.

Furthermore, if you are not close to the Cell Towers, your Internet speed can go lower than 1Mbps. This is unlike the Satellite Internet which can at least get to 5Mbps even in case of bad weather. There is also no information why the rural internet plan is more expensive than the urban internet plans. I believe that the people in the rural areas have lesser Internet options but they don,t deserve to pay more for the few options available. Presumably, the GotW3 Internet Company is also charged more in the rural areas for using the towers.

So, what makes GotW3 different from turning my Cell Phone into a Hotspot?

Given the details explained above, many users would start wondering why GotW3 internet service is better than just turning your phone or mobile device into a Hotspot. But remember, you want to use your phone for other things such as dominating in online games. The second thing is that your Mobile Phone,s Battery will be eaten up faster when you use it as a Hotspot. If you live in a large house, remember that not all devices can be connected at once because the Phone,s Hotspot doesn’t reach very far. More to this, there are no data caps with the GotW3 internet service according to the company,s website. This is actually the most important reason why you should choose GotW3 instead of your Phone,s Hotspot.

To help potential customers make few regrettable decisions about GotW3 Internet service, we will now have to compare the prices for the GotW3 internet with those of competitors and other available options. One major disadvantage of using GotW3 Internet service instead of your data and phone as Hotspot is that you will have an additional bill to pay every month. And to make matters worse the billing burden is huge.

Comparing GotW3 to some of the most viable competitors in the same industry, the prices are about the same but the speeds are not. I,m trying to mean that you may be right now using a 1,000Mbps fiber optic connection for the same price especially if you live in urban areas. But of course, the freedom to travel with your fiber optic internet is not there.

A company like RCN offers cheaper and better month to month internet plans. The prices are also cheaper and the advantages are huge. The major reason why I recommend GotW3 Internet is for flexibility. And if you are not interested in the flexibility and freedom of travelling that comes with GotW3 internet service, then it,s just a very expensive option for you and relatively slow. Viasat, on the other hand, offers Satellite Internet with speeds of up to 100Mbps at a price of not more than $150 per month while Xfinity offers 25Mbps-1,000Mbps in similar locations at a price of not more than $59.99 per month. Xfinity might have similar plans at a lower cost. What I,m trying to mean is that the only benefit you’ll get with GotW3 is the Flexibility to travel with your internet.

GotW3 offers unlimited data which is common with some ISPS. However, many Satellite Internet providers set a 1TB data cap which would definitely not be great for serious streamers and gamers. On the other side, the internet speeds and data offered by GotW3 are not the best in the market. Have you ever tried to access your email with data below 5Mbps? It,s pretty slow and disappointing. One major issue with the GotW3 is that the company cannot guarantee their speeds. They promise to offer 45Mbps in both plans but you will end up with 1Mbps due to certain factors.

This is a cellular service connecting to cell towers to offer surprisingly fast internet. Though, it has a few problems in terms of pricing and speeds.

How does got3 Internet work?

This service turns the cell service into internet for all the devices you want to connect. The internet eventually works for streaming devices, satellite TV and your laptop for gaming and browsing. You can even connect over the wired Ethernet.

How do I check my data usage on GotW3?

Get to the site and check for the last paper/pencil icon. Now put 200 and switch to GB and eventually click the Green Check Mark. The other step is to click Apply Below and scroll up to click on the left-back arrow which leads you to the main screen. Now you will see a Pie Chart for the Data Tracker.

There,s only one kind of contract with all GotW3 internet plans. You can choose the month-to-month billing or a contract for one year. While this is a good thing, GotW3 can raise your prices any time which I think is disappointing. Another thing, GotW3 doesn’t guarantee the internet speeds and the prices. So, if the internet flexibility is the main goal for choosing GotW3 internet, then this will be advantageous to you. If otherwise, the internet service is not the best because there are cheaper and faster Cable, Fiber and Satellite plans.

PrevPreviousFioptics Reviews – Are They Worth it in 2021?
NextTDS Internet Reviews – Why People Switch in 2021Next
Facebook Twitter