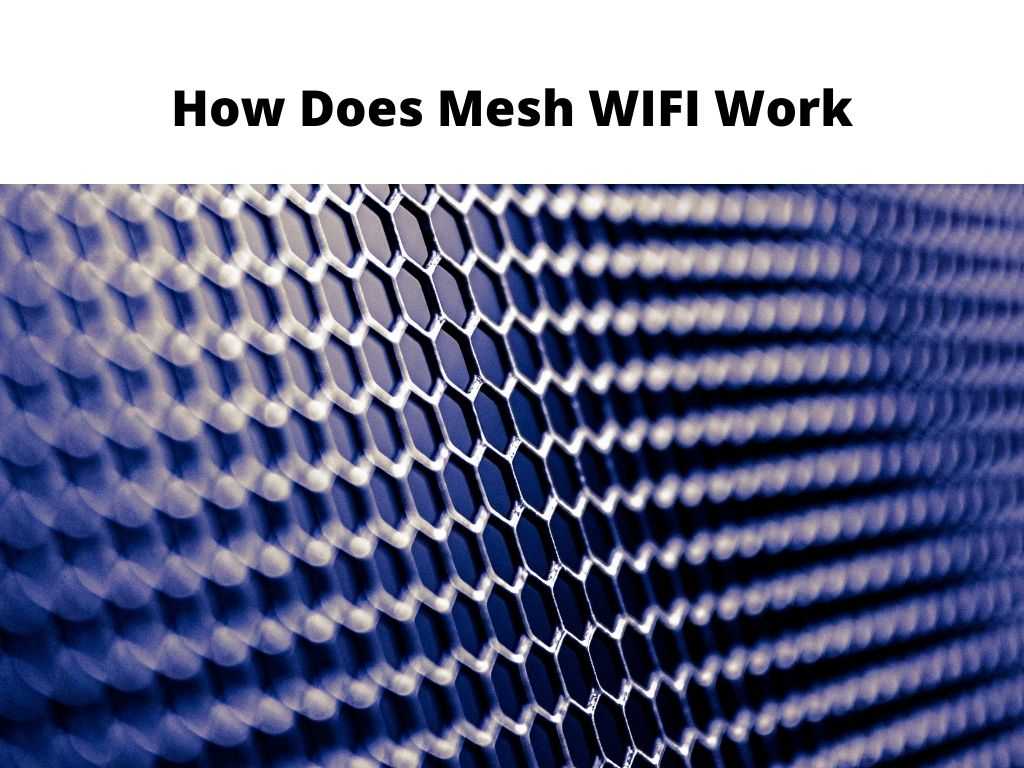 How Does Mesh WIFI Work – Better And Faster Wifi

A few years back, we only got to hear of mesh wifi in exclusive areas like businesses that rely on a secure network. But things have changed, and mesh wifi is now in the consumer market, providing people with access to a secure high-speed wifi network.

Mesh wifi is an emerging technology, and many are yet to understand it or even what it’s about fully. If you have absolutely no idea how mesh wifi works, we have explained that in this brief to put you in the know.

What is mesh wifi?

Almost every home has that one spot with a poor wifi signal. Well, in the past people used to eliminate such a problem in their homes by using the wifi extenders. Nowadays, mesh wifi is the real deal for homeowners who need secure and steadfast internet connection throughout the house. Mesh wifi is basically a whole home wifi system that’s built to get rid of the dead zones and provide uninterrupted service all through the home.

The traditional routers broadcast wifi from just a single point. On the other hand, the mesh wifi network systems consist of multiple access points. The unit that links to the modem becomes the main hub. The other units commonly referred to as nodes, capture and retransmit the routers signal.

This means that you will have an efficient wireless network that provides strong signals wherever you are. The effectiveness of mesh wifi in sharing internet connectivity relies on the nodes. The more the nodes, the further the signal can travel.

Who needs the mesh wifi?

Mesh wifi is designed for people who live in houses with weak or unsteady wifi coverage. If you want to eliminate the issue of dead spots in the easiest way possible, mesh wifi would be your ideal alternative. This system is also a good option for those who simply want a straightforward and easy to set-up wifi system.

Traditional routers are often unable to provide full coverage in large homes because they have a limited range. A 3,000 sq. ft home with interior brick walls and two stories would greatly benefit from the mesh wifi system. There will actually be no need for wifi extenders and all that trouble. In that case, if you fall in the category of the people who want a powerful wifi system that will offer faster speeds, great coverage, and a reliable connection, mesh wifi is a perfect choice.

Keep in mind, mesh wifi operates on a single network. Therefore, if you own range extenders and you’re fed up with switching between networks whenever you move upstairs or downstairs, it’s time to go for mesh. Mesh wifi offers you the best of both worlds; great speeds and long-range connectivity.

Before you can even switch to mesh wifi, it’s important to understand in detail how it works. Mesh wifi works by using mesh devices, also known as nodes, to create a mesh wifi system. The mesh nodes are like small radio transmitters that function in a similar way as a wireless router.

These nodes use common wifi standards like 802.11a to communicate wirelessly with each other. They are programmed with software that guides them on exactly how to interact with the entire network. Basically, information travels by hopping wirelessly from one mesh node to the next one.

One node connects to the internet modem, and it becomes the main node that acts as your main mesh wifi router. You will need additional nodes installed around your home to boost the wifi signal and eliminate all dead zones. Keep in mind, the nodes are part of the same network and actually share the same password and SSID. Thus, adding other nodes to scale up your network is pretty easy.

It’s like having multiple long range wifi routers all sharing a single seamless wifi network. In that regard, the more nodes you have set up in your home, the stronger the wireless internet coverage everywhere.

Furthermore, the nodes are created with a dynamic routing technology that enables them automatically choose the fastest, safest route to use in sending and receiving information. For instance, if one of the nodes malfunctions, the entire system spontaneously adapts to the change and instinctively re-routes information through a different path. The same thing happens when there are too many devices connected to one node. The mesh wifi system works in conjunction to ensure you receive the fastest speeds possible and the best coverage.

What is the key difference between mesh wifi and range extenders?

It may seem like mesh wifi, and range extenders have the same functionality. But that’s not entirely true. There are notable differences between them and how they function. For instance, mesh wifi consists of roaming protocols that keep you on the same network and other technologies like self-healing and adaptive routing to ensure a stable network. Range extenders, on the other hand, require you to manually sign in to a new network just to maintain a strong connection when you’re far away from the router.

Mesh wifi is made up of only one single network. Range extenders are often set up under different networks. We also mentioned that each mesh node functions as its own router, but range extenders simply duplicate the router’s signal.

Mesh wifi has proven to be quite fast and efficient at delivering a strong wifi signal. Depending on your internet needs, mesh wifi would be a good choice.

Does mesh wifi work through walls?

Yes, mesh wifi is a perfect solution for homes experiencing poor wifi signals in certain spots due to interior concrete walls. This might be among the main reasons why this technology was created.

Now that you know more about mesh wifi and how it works, you can decide whether it will be a nice solution for you or not.