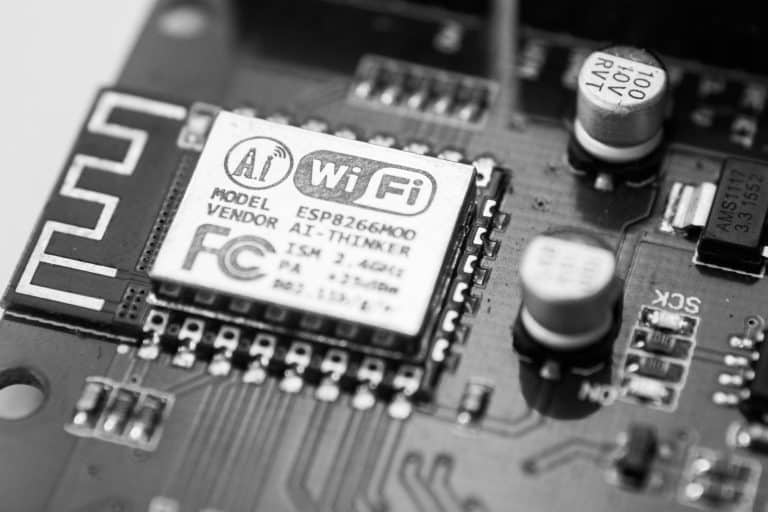 Difference Between WIFI And Internet – Guide 2021

Although very common but it is a mistaken belief that Wi-Fi and internet are the same things. People usually do not differentiate while talking about it, it’s like these are the two terms that are used interchangeably to refer to one thing- access to the internet.

However, there is a distinct difference between Wi-Fi and the internet. And this article will help you understand it in the simplest way possible.

To begin with, in the present era every house even those in rural areas have a router that provides Wi-Fi facilities. However, to make use of Wi-Fi we make sure to be online and have access to the internet by connecting to devices.

You see, there is a difference that has to be acknowledged but we understand it’s a lot easier not to fret over it. Including other things, having clear knowledge about the difference between Wi-Fi and internet connections can be of great help when you decide to deal with problems at home or want to know more about the risk of using a free Wi-Fi network. So let’s dig deeper and make this concept transparent.

It is actually a fetching term used to mention wireless networks. Wi-Fi is defined as a wireless communication system through which a standard communication is achieved between a device and a shared procedure. Wi-Fi is one of the principal parts of the wireless technology.

For a very long time, the only way to connect devices was to use long-running network cables from one point to another to create LAN, a local area network. Obviously, it was inconvenient and painful and meant that you were bound to only a location that had a cable.

Aa WiFi network allows devices to connect to each other in the same way as the network cables had done, sans the actual long cables wires. For this reason, a Wi-Fi network is called a wireless local network.

It’s not that difficult to grasp, but all the networking terms and technicalities are quite puzzling. So the simplest differentiating factor to consider is that the Wireless Fidelity (or Wi-Fi) is just a way of connecting to the wires in your living room wall and out to the internet. But wirelessly. Imagine a radio tower transmitting the recent list of 40 pop songs to cars all over the city.

Now, envision that radio tower is like a lunch box and each car is a different Wi-Fi enabled device (iPhone, Android, Windows, Mac, etc.) inside your house. Next, you have to imagine that instead of the same 40 songs on repeat, that lunch box (router) is performing transmission of the internet to your devices. Congratulations, you have hit reality.

Role of a Router

You see Wi-Fi gives you the network but without the presence of physical connections. The unit that controls the connections is a router. All the devices being used in your house or office communicate with each other through a router. They can do other functions by interconnecting; share data, print, and stream files stored on any of them.

To have high speed internet access you need to connect the router to an external internet source. This could be a broadband modem which is usually supplied by your internet provider. For every device on your wireless local network to be connected to the internet, you plug the router into the modem.

It can be described as a language, a way for one computer to talk to another. They call this the Internet Protocol. This specific internet lingo is used to send and receive information from your computer to, for example, your boss’s.

Even if two computers were connected with a cable, it would be difficult to understand each other unless there was a protocol involved. Consider these like you’re talking to a Chinese on the phone- the connection is present yet you both wouldn’t know what each one of you is trying to communicate.

Another characteristic of internet is how the data actually move about from one point to another. This situation is a little complicated to explain. Let’s start with an example.

When you send a mail/message to another person, you’re using the internet to move that photo of your baby from one device to another. This is why the internet is also known as the wide-area network (WAN), the internet is like a net- it connects computers, servers and ISPs all around the world.

Unlike Wi-Fi, the internet connection generally cannot be controlled by the users, except for turning it off.

Even if you opt for a fast-downloading internet package, there might be issues such as slow downloads and streaming videos that get paused due to buffering. However, internet speed has drastically improved since last 10 years.

A decade ago, a household with fast broadband connection generally surpassed within the range of 1.5Mbps to 20Mbps; now it’s accelerated to 50Mbps to 150Mbps and sometimes even more. But even if you pay high charges, sometimes your Wi-Fi router isn’t good enough to afford high speed or could be overburdened with devices consuming all of the bandwidth.

The Beastly Combination of WiFi and Internet

It’s often assumed that having a Wi-Fi connection naturally means you have internet access. Likewise, getting a strong Wi-Fi signal does not always suggest a faster internet speed. So if you’re using Wi-Fi to share the internet, then the internet speed should be suitable enough. In this case, Wi-Fi is just like a carrier that transmits the internet to the gadget being used.

This article might help you know the difference between Wi-Fi and internet in a clear, precise way. To summarize and extract the essence out, the “Internet” is the system of interconnected computers that makes use of the internet protocol suite (TCP/IP) to connect devices across the globe.

Wi-Fi is a family of wireless technologies and protocols; the compliant devices are able to communicate without requiring a physical connection between them.

PrevPreviousCities With Fastest Internet – Does Your City Win WIFI Speed Race?
NextWOW! TV and WOW! Ultra TV Review – Still Worth It in 2021Next
Facebook Twitter