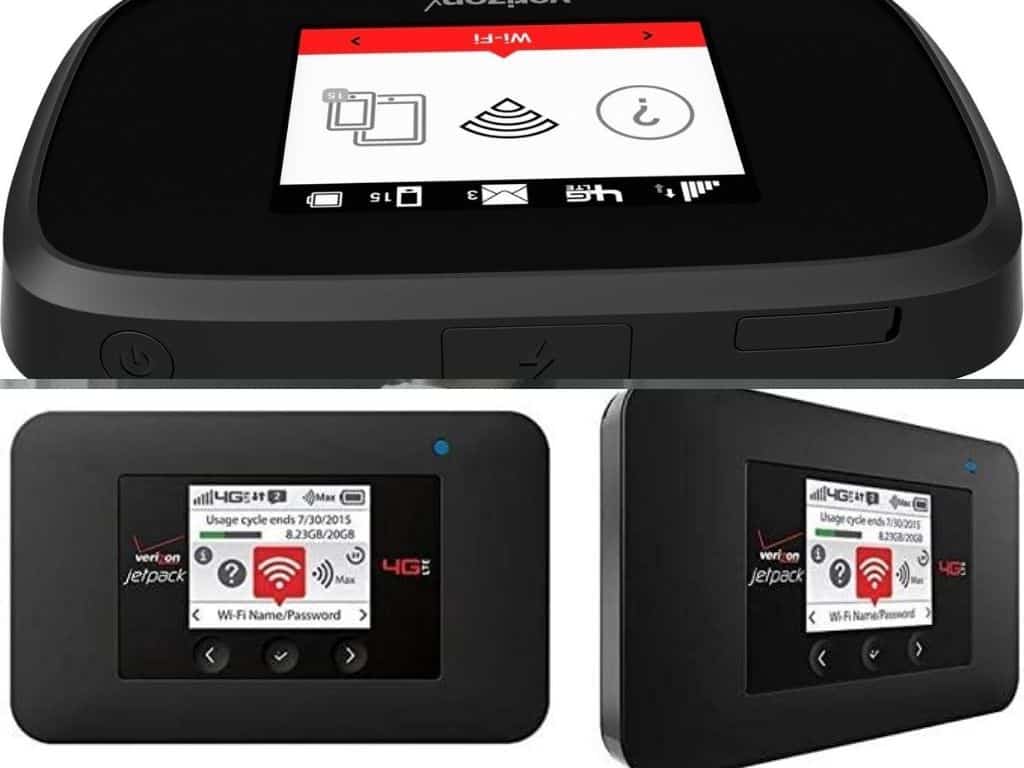 There are always reasons to buy Hotspots, although most phones come with Hotspot mode. This is especially the case with Verizon for better Wi-Fi range, more supported devices, and a stronger LTE signal.

With that in mind, you would probably be in the lookout for the best Hotspots for Verizon Internet. Although it’s easy to spot one of the popular Verizon Jetpacks, the process of choosing the one you really need is daunting. Consequently, I have chosen to compare two of the most popular and reliable Hotspots, AC791l, and 7730l.

The Verizon New Jetpack MiFi 7730L Hotspot retails at $199.99 or $49.99 and comes with a two-year contract. This devices is considered a significant leap beyond all the previous models. The main reason is the availability of LTE category 9 modem and Global LTE roaming features.

This Jetpack Flagship device was introduced to the market by Verizon in 2017 as the first touch screen device to be introduced by the company. It’s classy with a sleek design that makes it slide easily in the pocket. The Battery is a 4,400mHh additive that makes the device run for more than 11 hours.

You will like the fact that it has a Nano-SIM card slot and a USB-A port. Though it’s not lightweight and very portable. The device measures 5.4 ounces. With such functionalities, this device is good for Personal and Business use. On top of that, it facilitates private file sharing and an administrative function that is advanced for Business use.

Users are assured of 50% faster Hotspot speed and Wi-Fi range that is very amazing. Unfortunately, the Battery is not that great, and it cannot charge the phone as it is the case with AC791L. The Battery has great power, but the high power consumption of this device drains it very fast.

On the other hand, Verizon Jetpack 4G LTE mobile Hotspot AC791L has a powerful performance because it uses a system that guarantees speed and performance. It’s perfect for people that want to keep all their devices connected, streaming movies and playing games simultaneously or sending emails.

This Jetpack was introduced before 2017 and is still a champion in the market. The best thing is that it can even charge your phone, and the Battery is unlikely to drain fast. Users love that the AC791L provides fast and reliable 4G LTE internet that comes at an amazing speed.

The AC791L can be used abroad, making it a good option for traveling Business people or individual travelers. The Battery of 4,340 mAh is an additive given that it can survive for more than half a day with a single charge. You would also love the Simcard slot to keep yourself connected to the outer world with ease.

The design for this hotspot device is comparatively better than that of the main competitors. Made using a smooth plastic to offer a compact and lightweight functional device that can slide easily on the pocket. But I hated the fact that the Buttons are sluggish and hard to use.

AC791L has a feature with the ability to switch from 2.4 GHz bandwidth to a 5GHz Bandwidth. Adding a Guest network is equally easy, and you can also set up a protected and secured Wi-Fi connection for your friends and family.

Lastly, the AC791L lets users surf at a high-speed internet with the latest Bandwidth. More than 15 Wi-Fi enabled devices can all be supported at the same time. The Battery runs for more than 20 hours and can charge another device until it turns to 25% of charge.

As indicated earlier, the MiFi 7730L is the Verizon’s First Touchscreen Hotspot device that was introduced in 2017. But I don’t consider this as a huge deal because other carriers such as AT&T had earlier introduced Touch screen devices. The MiFi 7730L has a classier and sleeker design than most hotspots. I like both the on-device UI and web portal because they are now cleaner and bolder than most Hotspot device’s portal.

AC791L is made of plastic but has a classic and sleek design, just like its competitor. It’s compact and lightweight, unlike the MiFi 7730L, which has up to 5.5 Ounces. The only thing I didn’t like with the AC791L is the sluggish buttons that are hard to use.

In this category, I think the AC7730L wins because of the touch screen design and an easy to user User-Interface. The Buttons on the AC7730L are easy to use and very functional.

These two devices guarantee more than 50% high Wi-Fi speeds, range, and performance. But the 7730L has the best Modem and the best Frequency bands. It’s regarded as the first Verizon Hotspot that can Support Three-carrier aggregation. The range of the LTE roaming band is broader.

The AC791L, on the other hand, supports Verizon Networks but has bands for Global roaming in more than 200 countries. The tests confirm that it has a 2.4GHz upload and download speeds that are faster than the competitor.

The ac791l has a 4, 340mAh battery life that lasts for more than 20 hours. The Battery can charge phones until its 25%. Unlike the AC791L hotspot device, the ac7730L has a comparatively shorter battery Life. It actually has a 4,400mAh battery, but the high charge consumption drains it in less than 11 hours. This is an indication that ac791l is the best if you care about battery life. This is for travelers and Business people that want to be connected for longer hours.

Which Verizon Jetpack is best?

I would choose the AC791L because of the longer battery life and the ability to work with other networks in more than 200 countries in the world. But the MiFi 7730L is also a good device for the wide Wi-Fi range.

These two devices are close rivals in terms of performances, speed, range, and ease of use. You should factor your requirements to make the decision.

Yes, I already stated that it was the first Hotspot device with a touch screen to be introduced by Verizon.

Given the information shared above and the H2H comparison above, it’s easy to notice that the AC791L is at the edge offering more than the MiFi 7730L model. But what makes the difference here is the specific user requirements. If you need longer battery life, you will have to choose the AC791L, but if you want a wider Wi-Fi range, the MiFi 7730L will be the winner in this case.