Home / Privacy / Can VPN Steal Passwords – How To Stop Being Hacked 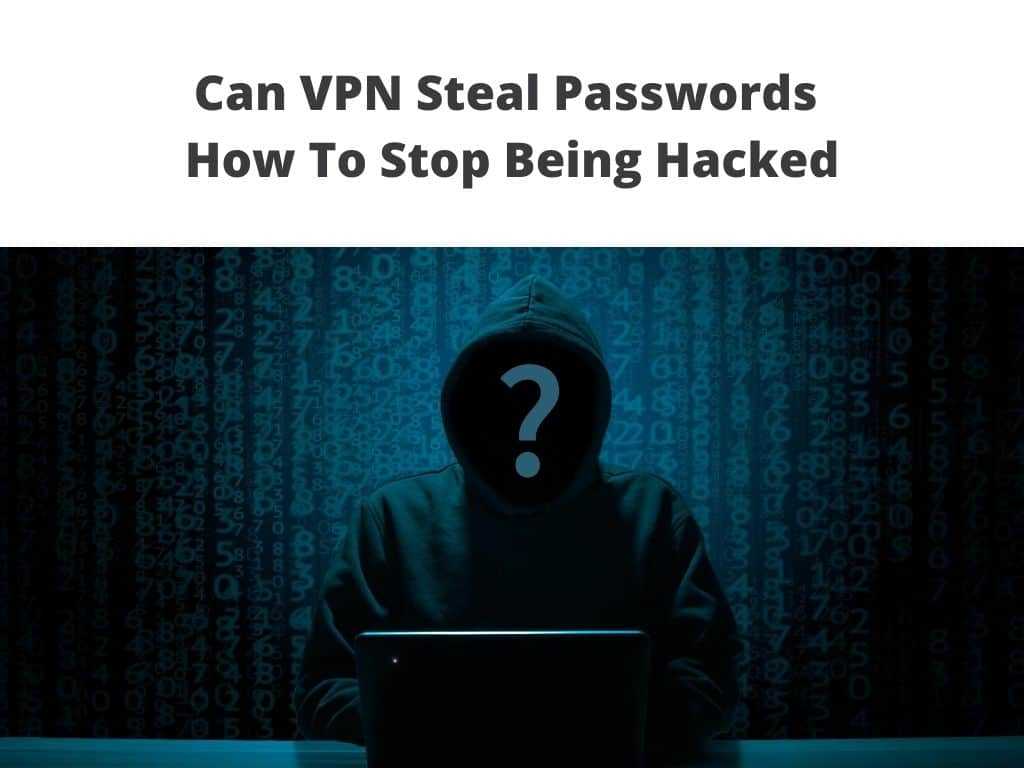 Can VPN Steal Passwords – How To Stop Being Hacked

Every single time we connect to the internet, we are worried about the safety of our personal information, especially passwords and Identification Numbers. The answer to whether VPNs can steal your personal information, including passwords is yes, but it depends on several factors. When someone is using a secure VPN, the chances of being hacked and this information being siphoned from the internet are minimal. But what can happen if you’re using an underperforming VPN?

A Virtual Private Network is a network that is used to secure the internet connection and hide most of the sensitive information such as your whereabouts and personal information from the spy eyes in the wild internet. The VPN aims at keeping your internet access safe and private. But if that specific VPN can easily be hacked, the entire efforts amount to nothing.

The VPN’s main benefit is to protect the confidentiality and the integrity of all the information you share online. Recently, I have come across several VPN users doubting the reality that VPNs are secure. Most of the users want to know whether VPNs are secure or can expose their personal information to third parties.

With a VPN, it’s effortless to establish a secure connection. It’s actually a matter of connecting to the ISP and initiate the VPN connection through the software on your specific device. The software on the user phone is known as the VPN client. The VPN will fetch the requested pages and return them to you through a secure tunnel. This is what happens to keep your data private and secure. But are there ways to know whether your VPN is truly secure? Some of the VPNs, such as NordVPN can be securely and independently verified, but what is the case with other VPNs?

Is my data secure with a VPN?

Probably not, certain factors assure the security of your information with specific VPNs. The primary purpose of the VPN is to establish a secure connection between the user and the endpoint on the public network and private network. For the VPN to work, the user is supposed to run the software on both sides of the connections. This is to authenticate you as an authorized user of the private or public network that you’re trying to access. For it to work, it should have you listed as an authorized user of the network.

One major reason why your information may not be secure and private with a VPN is when you skip the steps involved in forming the connections. Once you have set the VPN accordingly, you can always securely browse and share all the information or data you want through the internet. Though if you fail to follow the prompts and set the VPN accordingly, your information will automatically not be secure and private.

Once you have followed all the steps in setting up a connection with VPN, your passwords and other information will be secure unless you have some existing malware, viruses or Keylogging software on the computer that can capture everything despite the presence of the VPN.

Use of Malicious VPN services

Always beware of Greeks bearing gifts. Every time you think of a VPN, think of a Premium one whenever possible. Free VPNs expose your devices and user information to the risk of hacking. Most of these VPNs are not secure, and there’s a likelihood that hackers and other criminals develop them. Most Free VPNs are only developed and designed for a single purpose which is to steal information from the users.

Use of Plugin VPNs

Popular browsers such as Google’s Chrome and Mozilla’s Firefox have many browser plugins. Once installed, these VPNs will direct all the traffic sent from the web through the software. The Plugin VPN can easily get hijacked, and this makes it relatively easy for hackers to set up web pages that look similar to the websites you are browsing. Many browsers fall right into this trap.

Another reason why you can lose your personal data and passwords to hackers and other malicious cybercriminals is when you use VPNs with fake DNS. These changes how the traffic on the internet is sent by assigning their own DNS services.

Does VPN steal your information?

Most VPNs fail to offer much-needed security and privacy. When it comes to providing privacy some of the VPNs can steal your password information such as the address and install viruses and malware on your devices. It can also install remote tracking devices and leave your information exposed to third parties and even steal your bandwidth.

Is it safe to log into the bank using VPN?

Online Banking is safe using VPN, but that’s not always the case when you don’t have a reliable one. Some VPNs can expose your important data to hackers and spies, which increases the chances of theft. A good VPN helps in encrypting digital banking sensitive data such as the codes and the passwords.

Cases of Credit card fraud and theft are on the rise in the US, and most people don’t know some of the factors that put them in danger. The use of a fake or a malfunctioning VPN can disclose your credit card information to third parties with evil intentions. The hackers and fraudsters may use the Middle attacks, which are easy to perform using the VPN. Such practices are illegal, but there are chances someone can get away with it.

Can you be hacked when using a VPN?

Yes, VPNs can be easily hacked by expert criminals. The chances of being hacked are minimal if you’re using reliable and high performing VPNs. But in case you’re using a VPN that is not secure and safe, you’ll probably be at higher risks of crime.

I highly advise people to stop using free and suspicious VPNs. These promise to offer you the best security and privacy only to get hacked and used to siphon private information. It’s advisable to use reputable premium VPNs and avoid Free Public Wi-Fi.