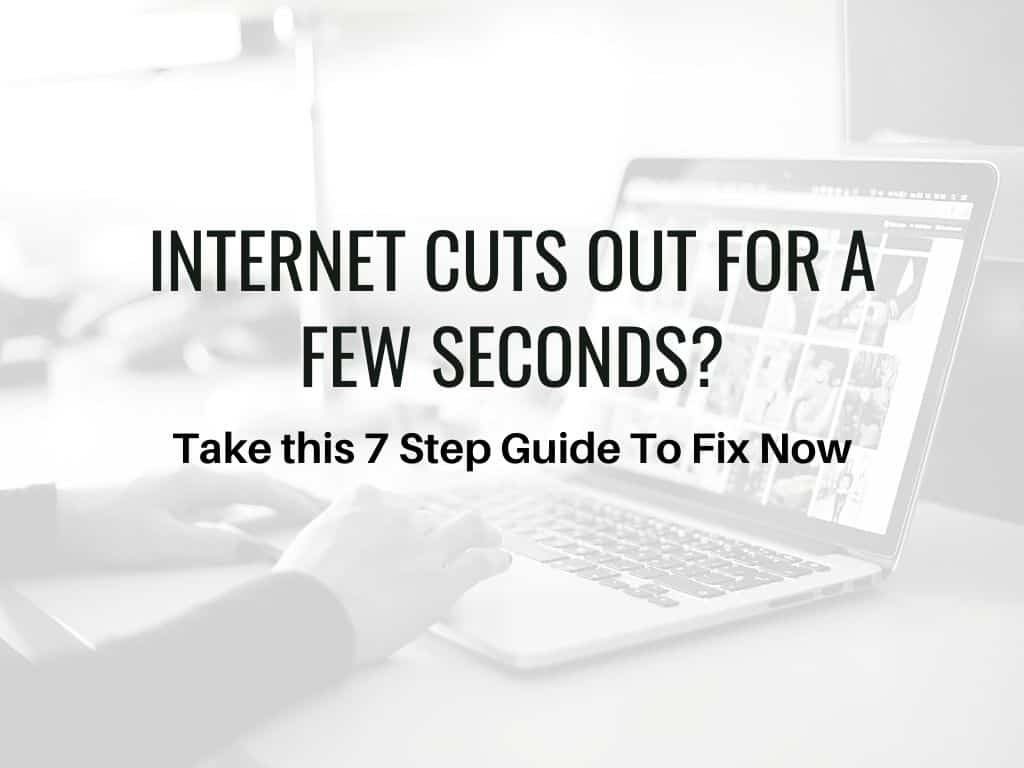 The dependency on the internet is increasing every other day, and for most people, nothing can be done without the internet. Think of all the activities you do daily that require the use of the internet. It could be connecting with people from different parts of the world through online social platforms, processing data, running an eCommerce business, or a home security system. The list of daily internet uses is endless.

Since so many people are able to access the internet, there have been increased occurrences of poor connectivity, slow speeds, and cuts. If you are an avid user, you must have already noticed that the internet speeds tend to slow down to a mere crawl at certain times of the day. With that said, there is a way you can speed up your internet or handle occasional connectivity cuts. Here are a few notable tips that are timed and tested. They will help you fix the cuts in your internet connectivity.

There are various types of connections, and each one of them has varying bandwidths. That’s why you ought to know your internet requirements before picking a particular type. With that in mind, the only way you will be able to identify the issue at hand is by knowing your kind of connection. This is because each type of connection has its own maximum bandwidth. If the bandwidth you are currently receiving is not working out well for you, there is definitely a need to reanalyze your internet usage and requirements. You can opt to switch to a better type of internet connection.

When referring to types of connections, you might be wondering what am talking about. Basically, there are three notable connections, namely fiber, cable and DSL. Fiber optic offers the fastest internet speeds and high reliability. It’s mostly suitable for users searching for super-fast internet connections for high data tasks such as downloading or uploading huge files and using multiple devices simultaneously. The DSL or otherwise known as digital subscriber line, is for the low to average internet users. Cable generally works better than DSL and is also great for multiple connections.

When choosing an internet plan, you usually know the speeds that come with it. But due to various factors, there is no guarantee you will get the actual speeds. I would advise that you run a speed test to determine the exact internet speeds you are getting and if these are capable of meeting your particular requirements.

There are times people realize their internet needs and usage exceed the bandwidth capacity. This might be why you are experiencing poor connections and internet cuts. In case this is your situation, the best thing to do is upgrade to a higher plan that will suit your requirements. This is likely to cost you some extra bucks but most ISPs offer deals and promotions.

There is a possibility that the connectivity issue is a result of using an outdated router. Internet providers usually recommend users to get a router that is compatible with the service. It should also be an upgraded model. Using an outdated or incompatible router is bound to bring along problems with the internet speeds and the frequent cuts in the connections. Therefore, if you have been facing this problem and your router is an old one, it might be the root cause. Upgrade to the newest model and it won’t take long to notice a significant improvement in the speeds as well as consistent connections.

Wifi connections which are dependent on multiple variables can cause problems in internet connections. This is because any one of the variables might be the reason why there are cuts in the connectivity. For this reason, an Ethernet cable can be more effective and reliable in providing steadfast internet connections. It’s also easier to troubleshoot any existing issues since you will be using a single cable.

5. Check the quality of the drivers

If you have inconsistent connections, the reason behind this is likely to be the quality of your drivers. It could be that some of the drivers in your system are quite outdated and require upgrading. Therefore, ensure all drivers are upgraded to the latest version to improve speeds and internet connections.

6. Close down all the applications that are not in use

A common mistake among so many people is letting applications they are not using to run in the background. The truth is you might not know that these applications may contribute to the frequent interruptions in your connectivity. A major culprit is usually cloud-based apps that tend to take up data space hence creating inconsistencies in connections and speeds. The appropriate thing to do is to restrict such applications.

7. Network issues on the provider’s side

If you have already followed all the above tips to the latter and still experiencing unstable internet, it’s about time you called your service provider. Sometimes the problems with internet connections may have nothing to do with you or your side. It’s actually a good idea to check with your internet provider even if it’s just to rule out that the problem is not coming from their end. The provider’s technical support team will conduct a system check to determine whether there is a problem on their side that may cause interruptions in connections.

Why does my internet cut out when downloading?

Why does my internet suck?

Frequent drops in connections can be quite frustrating. The stellar news is there are solutions such as restarting the modem, which might work in your favor. Also, an overheated modem might cause poor connectivity and cuts on the internet.

How do I fix an unstable internet connection?

The fixes provided above should help you get your internet connection back on its feet and functioning as it should.

There is no doubt most of us rely on the internet to get a couple of tasks done. However, unstable connections may come in the way of accomplishing many of these tasks. Hopefully, these tips will help you combat the issue.