Home / Streaming / Discovery Plus On DirecTV – How To Watch It 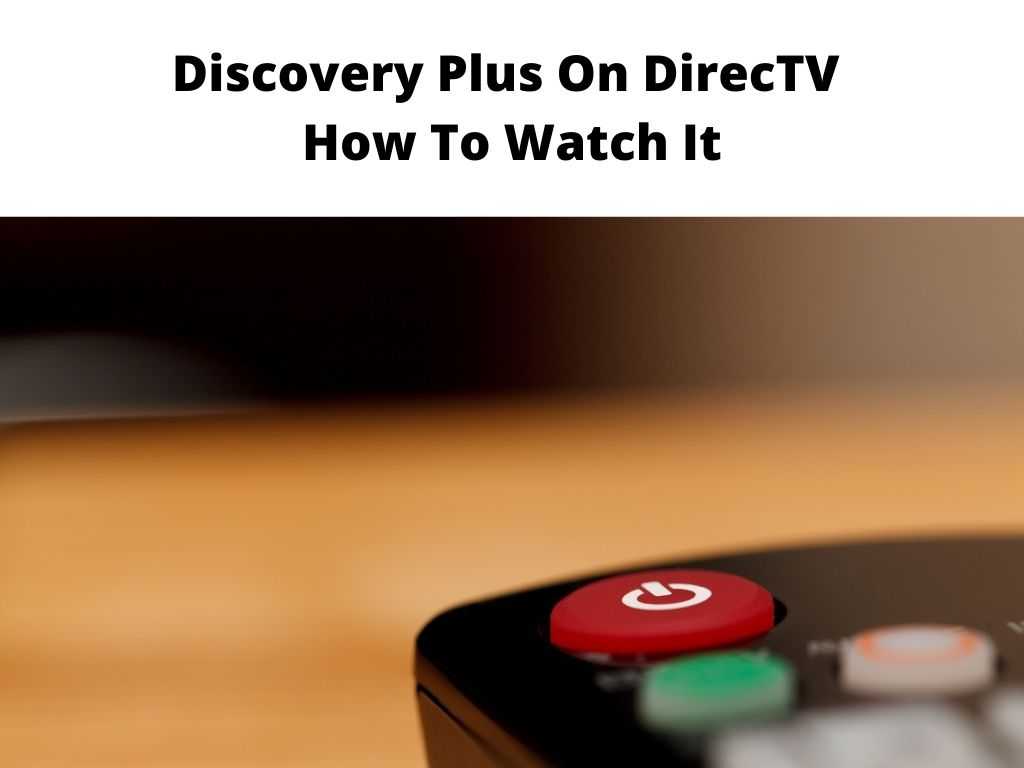 Discovery Plus On DirecTV – How To Watch It

In the following article, we found out for you how to watch Discovery Plus on DirecTV.

As more people ditch their cable subscriptions, there is a wave of new streaming services emerging in the market. The streaming service game now has many new players, and Discovery Plus is one of them.

Discovery Plus is the newest streaming service that was launched at the beginning of 2021 with the hopes of getting a market share.

The service became live on January 4th, and since it’s an upstart, we are yet to get a glimpse of how it’s doing in terms of competing with the rest.

Discovery Plus is one of the most affordable streaming services out there. A monthly subscription of only $4.99 for a plan with ads and $6.99 without ads is a good deal in our opinion.

This brand new streaming service aggregates most if not all the Discovery Channel networks and gathers them on a single platform for the users. This way, you can stream all the content you want from a single platform.

Discovery Channel networks are many. We understand why the company decided to create a single platform for all the programming. The channels they provide in the US include HGTV, TLC, Animal Planet, Food Network, Discovery Family, Investigation Discovery, Cooking Channel, and so much more.

Perhaps you already have a DirecTV subscription, and you’re wondering if it also covers Discovery Plus. On several occasions, we have come across people who want to know how they can watch Discovery Plus on DirecTV. Is it even possible? Well, find out everything you need to know right here.

Is Discovery Plus available on DirecTV?

We will start by pointing out that Discovery Plus is currently an independent streaming service. It works in a similar way to the other streaming services we know about, such as Netflix, Hulu, and Amazon Prime.

It’s easy to think that Discovery Plus would be on DirecTV because it’s a satellite television service that lets users access many channels. Unfortunately, that is not the case. Discovery Plus streaming is currently not available on satellite streaming platforms, including DirecTV.

Therefore, even if you have a DirecTV subscription, you still won’t be able to stream content from Discovery Plus.

How can I get Discovery Plus on DirecTV?

You obviously want to know how this is made possible. Well, it brings us to the next section of the article. Check below for the juicy details.

How to successfully watch the Discovery Plus channels on DirecTV

We had already said that you couldn’t stream Discovery Plus on DirecTV. But then there is a way to watch their channels on DirecTV.

Discovery Plus being unavailable on DirecTV doesn’t mean you can’t completely watch the Discovery Channel networks with your subscription.

You have a chance to watch several Discovery Channel networks as long as you have a subscription for Entertainment, Premier, Choice, or Ultimate.

People can continue watching the Discovery Channel networks on these platforms because there haven’t been any announcements confirming they will become unavailable on the cable and satellite services.

This gives viewers some time to continue watching until they decide otherwise. Therefore, until further notice, you can still pretty much access the Discovery Channel networks. Take advantage of it since no one knows how long this will last.

In addition, there are other methods you can use to get Discovery Plus on your TV. We will cover that in a bit.

The devices you can use to watch Discovery Plus

As discussed, you can’t watch the Discovery Plus programming using DirecTV on your television. Discovery Plus has not collaborated with DirecTV to bring the streaming platform to its users.

If you want to watch content from Discovery Plus, you will have to use other means. Thankfully, Discovery Plus lets you log in to multiple devices and platforms and enjoy their programming from there.

In order to view the Discovery Network content, there are a couple of devices that are compatible with the Discovery Plus app. You can download the app on the following devices:

All those who want to get Discovery Plus on their smart televisions are required to download the app directly. After successfully downloading the app, you can log in and begin the journey to a world of entertainment.

Furthermore, you can use Chromecast, Roku, or Fire TV to watch the programming on other televisions. These are basically the older models of televisions.

Another way to go about it is to use your Android device or iOS device to cast onto your television. This is also a straightforward way of accessing the Discovery plus content on your television.

Why should I subscribe to Discovery Plus if I can get some of the channels on DirecTV?

Chances are, this question has already crossed your mind and might be the reason you’re yet to subscribe to Discovery Plus.

You don’t know for sure if it’s worth the time and money, especially since most of the channels are on DirecTV. But you have to understand that Discovery Plus is an aggregate platform for all Discovery Networks.

It brings together all the programming from the various networks. That said, Discovery Plus has promised its viewer content that’s exclusive to the platform. This means any new shows will only be exclusively available on the streaming service.

Discovery Plus is for sure a new streaming service, and it’s yet to become popular among the viewers. However, if you were already a fan of programming from the Discovery Channel networks, it’s a good idea to consider the platform. Remember, it’s also more affordable compared to many other streaming services.