Home / Streaming / Hulu Live Vs. Sling TV – Which One is Best Streaming Service? 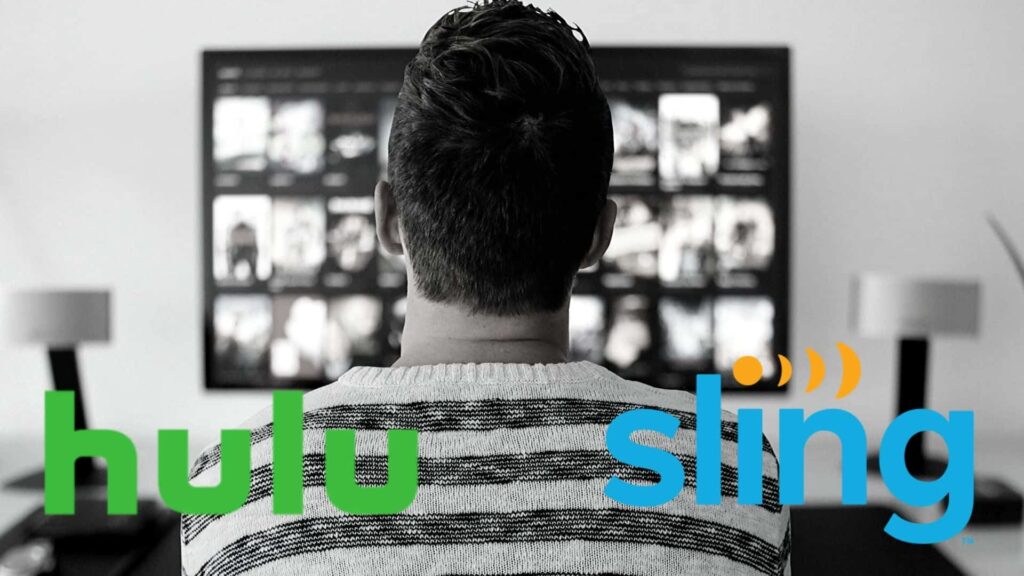 Hulu Live Vs. Sling TV – Which One is Best Streaming Service?

Nowadays plenty of people are cutting their cable TV connection as there are live TV services available which offer great streaming service.

So if you are thinking to remove the typical cable TV connection from your home and want to take a live TV streaming service, you are in the right place. After going through this post you will know which streaming service will be best for you.

What You Get With Hulu Live TV

With just one standard subscription the Hulu Live TV got mostly everything in its pouch which is why this streaming service got vast popularity. It allows you to stream a plethora of movies and shows, also episodes from major channels. It contains four essential networks in its catalog which are CBS, NBC, FOX, and ABC. But the availability of these networks may vary according to regions.

You will also find the most popular cable channels like USA, TNT, FX, news channels such as Fox News, MSNBC, CNN, and major sports channels like Fox Sports 1 and ESPN. Though the channel list may vary based on the location, you can check the channel list for your location before subscription. It offers 60+ channels and a thousand hours of popular TV shows and movies.

Though Hulu Live TV contains almost everything, it doesn’t have few Viacom-owned channels such as MTV, AMC network, and Comedy Central.

You can add Showtime and HBO to your Hulu subscription by paying an extra fee.

They provide an add-on service named Entertainment add-on where you will get Cooking Channel and Destination America. You will also find another add-on service as Espanol add-on which allows you to watch some Spanish channels. To avail of these add-on services, you need to pay $9 to $15 per month.

On the other hand, Sling TV allows you to choose programs and channels as per your wish and you will only pay for those channels and programs. They named this subscription as a la carte model. But it makes it a bit difficult for you to go for the Sling TV as you need to calculate your total cost according to the channel you are choosing.

Sling TV comes with two basic packages, one is Sling Orange and the other one is Sling Blue. Sling Orange offers 40+ channels with only 1 simultaneous stream and Sling Blue offers 30+ channels with 3 simultaneous streams.
Both these packages come with 10 hours of cloud DVR storage capacity, on the other hand, Hulu + Live TV offers 50 hours of cloud DVR storage.

The Sling TV also offers another package which is a combination of Orange and Blue packages. You will get everything that is offered in those two packages but within a discounted price. The subscription fee for this combined package is $45 per month.

On the other hand Sling, TV Blue is more focused on entertainment channels such as AMC, Comedy Central, and FX. You will also get Fox and NBC, only if they are available for your area.

Unlike Hulu Live TV Sling TV also offers add-on service for which you need to pay $5 to $15 additional fee. You can choose add-on plans according to the subscription you have currently.

If you are enjoying the Sling package then you can go for the” Sports Extra” add-on plan that will allow you to watch ESPN Goal Line, ESPN Bases Loaded, and ESPNews.

And if you are subscribed to the Blue package, you will get NFL Network, Olympic Channel, NBC Golf, and RedZone.

Almost all the standard streaming devices such as Fire Tablet or Amazon Fire TV, Apple TV, gaming console, computer or notebook, Roku are compatible with both Sling TV and Hulu Live TV. If your hardware version is older, it may not be compatible, so what you can do is just check the list of both Sling and Hulu’s compatible devices before subscription.

One flaw of both these streaming services is that they are not compatible with all the smart TV brands. But the Hulu app mostly works on almost everywhere. Problem is with the Live TV option, it is only supported on LG,

Final Verdict – Which One to Choose

If you are looking for extra features and more programming options then Hulu + Live TV is great value for money, it includes unlimited access to its built-in on-demand library of movies and shows just like you would see with Netflix.

If you are looking for an sports web streaming services then check out the DAZN review.