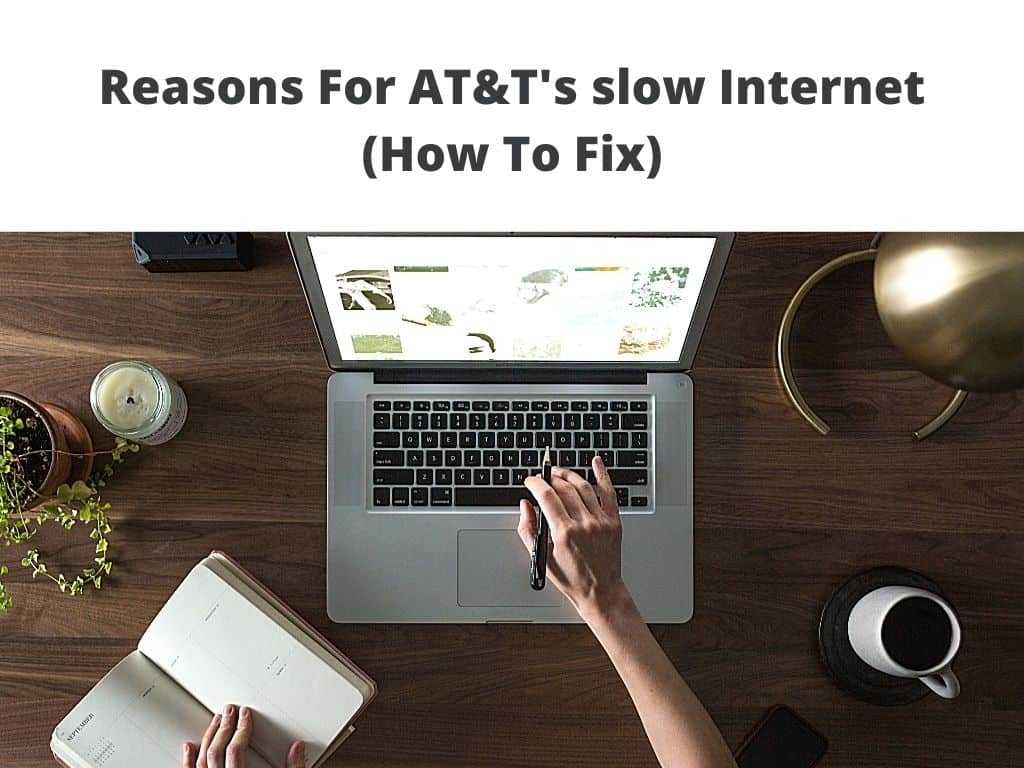 The internet can be slow sometimes, and this often results in headaches for serious internet users or businesses. I have actually come across many people asking why the AT&T internet is so slow and what they can possibly do about it. AT&T is one of the regional Bell Operating companies that left 1983’s American Telephone and Telegram Company. The company offers high-speed internet at affordable prices. Although the reliability of AT&T internet is high, there comes a time when the connection is painfully slow.

What is a good AT&T internet speed?

AT&T Internet offers internet speeds from 5Mbps to 1000Mbps. The speed of AT&T internet depends largely on the neighborhood, area, and time of the day. The current average AT&T download rate is 64.05 Mbps. This is according to the independent speed tests done. This is clear that you can get download speeds faster than that or even slower sometimes.

There are no doubts AT&T offers ultra-fast internet to households and businesses in the country. Besides the claims on their website, many users are constantly complaining about slow internet and some of them are threatening to cancel the service. Most of the users claim they’re receiving slow internet while others complain that the download and the upload speeds are very low. People have been facing problems with AT&T internet not because AT&T as an Internet service provider has any problems, but because of other activities affecting the connectivity which users are not familiar with. So why is AT&T internet so slow today?

In most instances, the download speeds you have chosen will allow connections of up to a certain number. 50Mbps would work perfectly well with not more than five devices. If more than the stated devices are connected, you will probably experience super slow internet speeds.

2. Restrictions on Bandwidth by the ISP

For some reason, AT&T can impose bandwidth restrictions, which will see you having slow internet speeds. For instance, the company might throttle your internet speeds once you have reached your monthly data limit. The full download speeds and upload speeds might be throttled to cater to gamers and streaming services during peak hours only.

3. Problem with your router

Problems with your router can as well affect the download and upload speeds of your internet. If the router is connected to a wire, it will be faster only when the wire and the router are in maximum working conditions.

Many people don’t know that the surrounding disturbances, such as microwaves, can interfere with the network signals. It’s advisable to pass cables a meter or two from the appliances that are likely to interfere with signal transmission. Other Wi-Fi networks can as well be common disturbances.

How to increase AT&T internet speeds

After ruling out the cause of slow internet with AT&T service, the next thing to do is to consider the below explained steps to accelerate the speed. Some of these steps will help correct the problem or at least reduce the number of devices using the same internet service.

A router can start malfunctioning due to overheating or other issues. For that reason, restarting it occasionally will reduce the chances of malfunctioning and accelerate the AT&T internet speed.

The router and wires should be few meters from common obstructions such as microwaves. If there are other Wi-Fi signals, always disconnect and secure your Wi-Fi connection. The modem should also be near the Wi-Fi device. If otherwise, you will probably receive poor connectivity because the gateway is far away. The modem should also be placed at the very corner of the house to minimize interferences.

Sometimes, the causes of slow internet are beyond us. Outage and downtime are among the notable reasons why your internet connections might become painfully slow. It is actually the primary reason for such connection issues.

In most cases, the outage happens impromptu, and no provider has control over this either. But there are few reasons behind outages and downtimes such as:

Before concluding that your internet has been throttled by AT&T, always check with your neighbors who are using the same internet. Log into your AT&T account and check whether there are any updates about outages in your area. And lastly, some third-party websites always update Internet users of existing outages and downtime.

Why is my internet so slow tonight?

The internet can be slow due to a couple of problems. It could be an issue with your modem or the Wi-Fi signal. Other issues such as slow DNS or devices on the network saturating the bandwidth or signal issues on the cable line can be the cause.

Why is my AT&T service so slow?

You might be using many devices at once. If more than the recommended devices are using AT&T signals at the same time, it can strain the network. Another reason is that you have probably bypassed the data cap. If this happens, AT&T will likely slow your download and upload speeds. But you might receive a message informing you of this action.

How can I increase my AT&T internet speed?

Reset the router to troubleshoot any existing problems. Next, manage the number of devices connected to the internet at one time. You may also have to switch to a faster browser or add an extension to manage the cache.

How do you tell if AT&T is Throttling your Internet?

You know how much internet you’ve been using, the number of connected devices, and the time you take streaming. With that, it’s easy to guess whether you’ve already bypassed the monthly data caps. Another way is using a speed Test app and running a few speed tests before and after you exceed the limit.

Any time your AT&T internet is slow, try to troubleshoot the cause of the problem because contacting the provider. All in all, it’s something that can be solved.