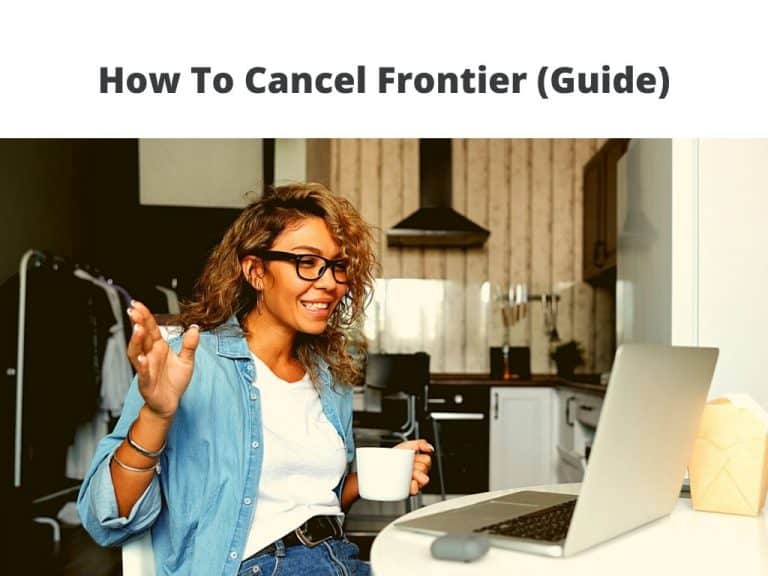 How To Cancel Frontier – Updated Guide 2021

Everyone needs to move to a new provider, so you are probably wondering How To Cancel Frontier in 2021.

When it comes to broadband internet, long-distance telephone services, digital television TV and other computer technical support, Frontier Communications Corporation remains a brand in the United States that has made a mark across more than 29 states. It is ranked number eight in the United States because about four million people depend on them for broadband internet.

Internet services across all service providers tend to frequently change from the policies that negatively affect users, billing prices, and quality of service delivered. These factors tend to prompt users to want to cancel their current service. However, it’s always not easy to cancel a company like Frontier or get out of any already signed contract. Well if you’ve been wondering how to cancel Frontier in a single attempt, you’ve found the right write-up.

Reason Why A Customer Might Want To Cancel Frontier Services

A good number of us believe that the more popular a service provider is, the more they’ll form a great connection with their subscribers. But that is not always the case. While some customers have testified being impeccably happy with their Frontier service, others have described their service as awful. The truth is that recently, Frontier has been under criticism for improper use of service fees, especially to fiber optics customers, flaky technicians, and enormous termination fees. In some other scenario, some people have been charged router rental fees which were not stipulated by the company.

Aside from the reasons mentioned above, there are other reasons to cancel an internet service that have nothing to do with the reputation of that service.

It depends on the type of service you’ve with Frontier, the cancellation can commence with a polite phone call, or you might need the services of a lawyer. No two situation are the same.

It’s essential to get all the required information ready such as your phone number, account number email linked to the account and the preferred date you would want the cancellation to start. The number to connect the billing representative is 1.800.921.8105, but you need to avoid pressing the customer service number to avoid being put on hold. You need to listen carefully and connect directly to the retention department. Be informed that they’re going to try so hard to persuade you from ditching their network for another provider because that’s their job.

2. Come up with a Legitimate Reason to Cancel Frontier

There might not be many complaints to think of that can easily attract a free pass out of your contract. But if you can manage and think out of the box, you’ll go scot-free. Let’s consider some examples:

3. Return your Equipment on time

Frontier’s contract states that you’re to return any leased equipment handed to you when you came on board such as modems (valued at $175), satellite receivers (valued at $200), internet box etc. You up to 30 days to return this but the sooner, the better. Once you receive a prepaid package for them, use either UPS or FedEx to ship it back. Make you’re issued a receipt with a tracking number.

4. Call Frontier To Confirm Your Cancellation

There is every tendency that Frontier did not cancel your service. This is the reason you must get back to them to confirm the cancellation so your effort will not be in vain. In most cases, the cancellation might be set for a particular date. Ensure you always check until it is implemented. Continue to call until you’re sure your cancellation has gone through, or you risk paying extra fees.

Alternative Methods To Terminate Your Contract

Ask To Speak To A Manager

When there is no progress in sight with the customer representatives, request to speak with their manager. At first, they would want to reject it, but it’s your right to communicate with the manager in charge or they risk losing their job. Remember, all calls are recorded for quality assurance. Managers tend to have a better idea to resolve any issues, especially when the company in question is at fault. But you need to stay calm throughout the entire process. With a good argument, you’ll always get what you want.

You can consider going into arbitration, especially when you think Frontier misrepresented the service you were offered. This process involves a trained neutral party who hears what transpired based on presented pieces of evidence. If you’ve confidence in your complaint, this might be another good option for you to get what you want.

As you can see, to cancel Frontier service there is a lot to consider. With as thought-provoking as it can be to escape legally-enforced contract commitments, it’s no surprise why most people tend to pay the charges fees and move on. However, if you stick to your guns and have a genuine reason not to pay, you might be able to save money and as well as your face as you go forward.

What is the cost of cancelling Frontier?

There is an early cancellation fee to be paid. In fact the majority falls under this category. Depending on the contract contains, the range is between $200-$400.

How does a customer cancel Frontier?

Call the customer support line on 1.800. 921.8101 and request for cancellation of your services and return your equipment. Note: you’re to pay an early cancellation fee if you cancel before the expiration of your contract.

What is the best way to request bill reduction?

Explain your situation when you call customer support. You can get extra time to pay or better deal especially when you’ve checked around and found a cheaper deal. They’re always willing to slash their rate just to keep you on board.