Home / Internet / AT&T vs Google Fiber – Which One Wins? 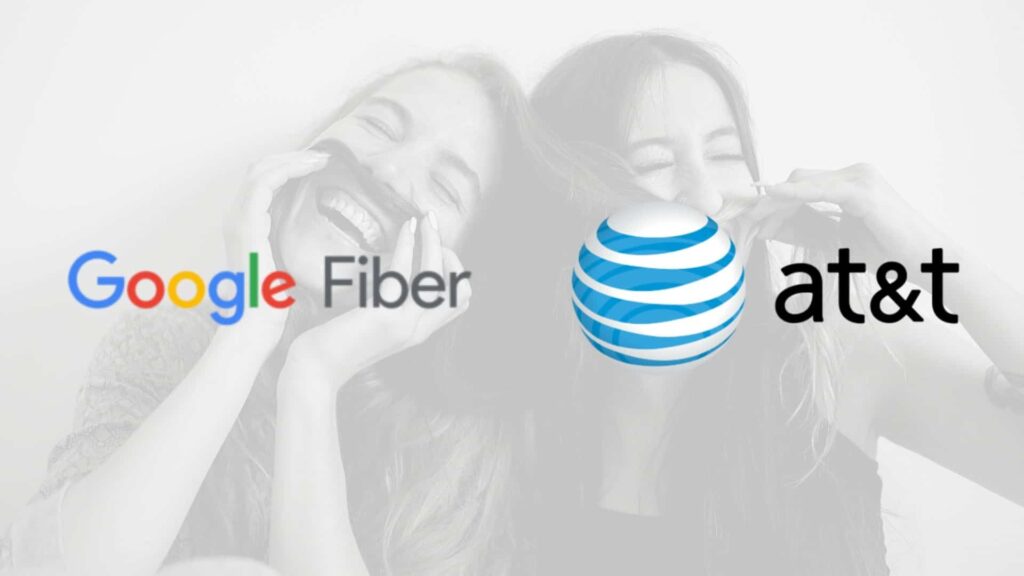 AT&T vs Google Fiber – Which One Wins?

AT&T and Google fiber are two Internet Service Providers (ISPs) that have caused a lot of confusion among Internet users. One reason is that these two ISPs offer similar Internet speeds with speeds of up to 1,000Mbps. Their reliability, customer satisfaction and monthly data costs are also closely matching which is why someone should be very careful when choosing. Consequently, I’ve provided a detailed comparison between these two ISPs to help you make a decision you’ll later remorse.

In terms of availability, AT&T has always been the winner. This company is available to millions of Americans from almost all states in the country. It may not be the most available Internet from the country but if its Fiber plans are combined with DSL, this Internet provider has a huge chunk of the country covered.

AT&T internet availability depends entirely on where the user is located. Some people are lucky enough to get AT&T fiber plans while others can only use DSL internet. The company gives you a chance to check the availability of their products and services from their website by just inputting your home or Business Address as shown on the below screenshot.

The AT&T Internet is available to people living in 22 states including California, Texas and Florida. Its DSL internet can be accessed by 122.8 Million people which makes this company the second largest in terms of DSL internet availability.

You would probably want to know some of these facts. Google Fiber is the 6th Largest Fiber-optic provider in the US and its services available in 10 states. Fiber-optic internet from Google is available in 2.2 Million people which makes it the 6th largest Residential fiber Internet provider by coverage.

In case we start talking about the Internet speeds, these two companies are on the spot for that. They both offer high-speed Internet of up to 1,000Mbps. What makes the difference here is the prices and other hidden costs which usually accrue when you’re installing and paying for the internet.

Another important thing to note is that Google Fiber has only two Internet plans on their fiber plan. This limits other types of Internet users especially those whose Internet needs are lower than 1,000Mbps per month. 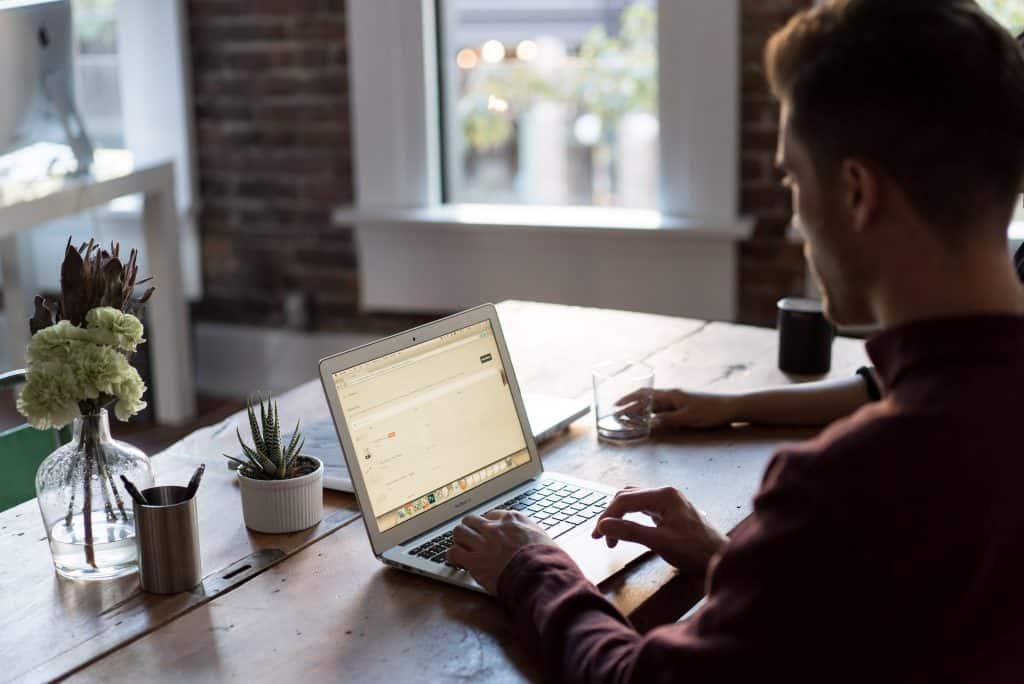 Cost, Data and Value for money

There’s a perceptible difference between AT&T and Google fiber when it comes to Cost, Data and Value for money. Although these two companies have tied on several categories, there are no ties here. Let’s check the differences and similarities in terms of Cost, Data and value for your money.

Although Internet plans from these two companies are affordable, AT&T is not well known for offering the best prices for any of their products and services. The prices are very consistent when it comes to Internet.

Google Fiber, on the other hand, offers reasonable prices for its Internet plans. A challenge with their monthly cost is that Google Fiber prices have been creeping up over time. Besides that, their Internet plans are priced cheaper than those of AT&T. This is especially the case when it comes to the 1,000Mbps plans from the two companies.

The AT&T top tier Internet plan is Internet 1,000 with download speeds of 940Mbps and an introductory price of $49.99 per month including Taxes and equipment fee. This is a perfect Internet plan for gamers, home office power users and serious online surfers.

Compared to Fiber 1000 from Google Fiber that costs $70 per month for 1000Mbps, it’s easy to notice that Google Fiber is relatively expensive than AT&T internet in this case. Google fiber also offers higher Upload speeds and download speeds. While AT&T offers 940Mbps for their Highest Internet plan, Google fiber offers exactly 1,000Mbps for the same. But remember Google Fiber doesn’t include Taxes and rental equipment costs.

Installation and Other fees

These two companies charge nearly the same Installation fees but Google Fiber takes a slight edge in this case. This is because Google Fiber doesn’t charge for equipment. In case you choose AT&T as your internet provider, you must be prepared for a slight monthly fee in the name of Equipment rental fee. This includes the cost of getting a Modem for your Internet connections.

Before you proceed, it’s important to note that AT&T just like other ISPs may waive your installation fees especially if you’re a new customer. This means that it’s always important to check whether Google Fiber and AT&T offer free Installation.

Plans slower than 1Gbps from AT&T has a data cap. Conversely, if you choose the AT&T 1Gbps internet plan, you will not have to care about data caps because it comes with unlimited data use. AT&T just like other Internet service providers extends unlimited data to customers that purchase certain Bundles or even people that chooses Unlimited Plans for an extra charge.

A major addition to the cheap Google Fiber plans is the fact that all the Internet plans have unlimited data included. This means you won’t bother with surcharges and other monthly costs that would accrue after exhausting your monthly data.

With Google Fiber, you can always feel free to play games online and stream your favorite sport and shows stress-free.

AT&T tends to suffer from poor customer reviews around the industry. There are several 1-star reviews from previous customers with most of them complaining that their problems were not specifically solved by the Customer support team.

AT&T has been around for a long time and I can assure you its bad history is still haunting the ISP. They have always had issues with coverage, Reliability, Outages and bad customer service. This is exactly what makes them stay on the Black Book for long.

Google Fiber, on the other hand, has been in the market for a very short period of time. Over that time, they have specifically benefited from lack of a long history. But this doesn’t mean Google fiber has spotless customer reviews. This is specifically because their Customer satisfaction seems to be slightly higher than that of AT&T.

Though, this is not the implication you see from JD power latest Two customer studies. Out of the 7,556 full-service wireless customers that were interviewed from January through June, looks like AT&T has had a major improvement over time.

Though, if Online reviews from their previous and current customers is something to go by, AT&T still has a lot to improve on. The company has a 2.59 star review from Sitejabber.com with most of the customers complaining about the purchase, prices and several other things. Here are two reviews from two of their dissatisfied customers.

Mahesh D left a review on May 2020 claiming that AT&T has the worst Customer service. He claims that he called their retention department to try and secure a better deal but eventually no one was there to help.

Another reviewer left a review on 7th July claiming that AT&T has the worst customer service and prices. He continued to claim that he has remained with AT&T for a long time but he now comes to realize their prices are higher than those of most competitors.

Neerja of Tustin, CA claims that the company gives speeds that are lower than the advertised speeds. He starts by saying that the speed is not what they say it is. The Google Fiber connection is not stable because the internet keeps on going down now and then. This is frustrating for people working from home. He contacted the customer service and they changed the router two times but nothing changed.

Another review from Benjamin of Atlanta, CA shows that when the prices and the Internet plans are advertised, someone would really want to go for that but that is not what you’ll get. This reviewer first claimed that he thought his computer had an issue but came to realize that Google Fiber Internet connection was not stable.

These two ISPs offers an opportunity to Bundle TV and Internet or Internet with a Home phone or the three services all together. When it comes to Bundle packages, I would specifically pronounce AT&T as the winner because they have more products for the Bundle than Google fiber. There are news that Google fiber is dropping their TV packages to concentrate solely on Internet provision. If that is true, then AT&T will remain a viable option for Bundle packages.

In most comparisons, there’s a clear loser and a clear winner. But in the case of Google Fiber and AT&T, no one company has a solid advantage over the other in terms of Internet speeds. The two of them offer 1,000Mbps and a couple of low top speeds. Google Fiber offers low speed internet from 100Mbps but AT&T offers both 100Mbps and 300Mbps. Though, when it comes to Cost, Data and Value for Money, Google fiber is at the top of the list.

Is Google fiber faster than AT&T?

AT&T or Google Fiber Who has Unlimited Internet?

As I had indicated earlier, AT&T and Google fiber have tied up in many categories. They offer the same Internet speeds and their prices are slightly different. For that reason, it might be very hard to clearly state who between these two companies is the winner. But if you need more Options in Internet plans, more Bundle products and wide availability, AT&T comes out ahead. For people shopping for affordable internet with speeds of up to 1,000Mbps, better customer care and price for life offers, Google fiber is an option for you.