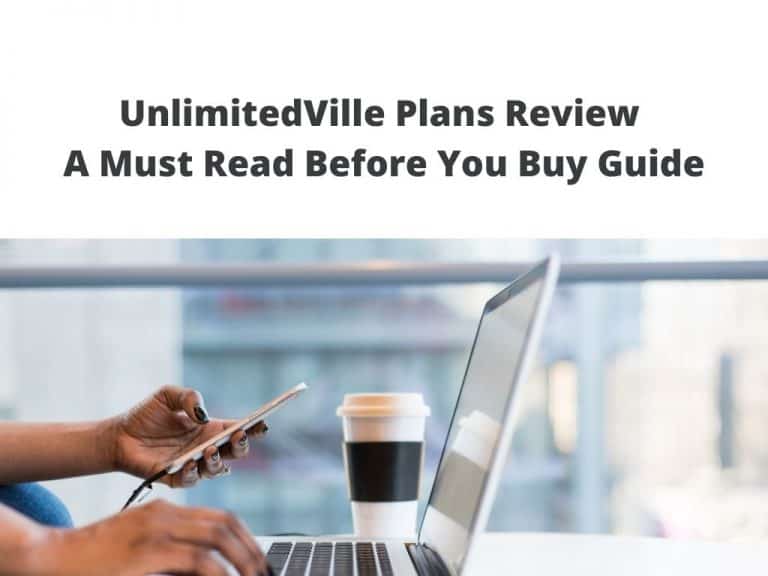 UnlimitedVille Plans Review – A Must Read Before You Buy Guide

The network infrastructure used by Unlimitedville is not controlled by them being a member of Mobile Virtual Network Operator (MVNO). The control instead remains in the domain of significant network carriers which does not include the MVNOs. The amount of network made available to you’ll strongly rely on the LTE carrier plan you itched your tenth to. It is important to note that while the MVNOs take a lease of the network’s capacity, their most important customers will be assuredly prioritized. In contrast, others may face slower speed during these busy periods.

Unlimitedville enforces limitations, especially to users who use beyond the estimated monthly 200GB usage of an average house in the United States. An average household internet usage in the United States was estimated to be less than 200GB, according to Unlimitedville; therefore, any user who goes beyond 500GB every month is considered to be a heavy user.

These unique internet consumers are advised to split their data usage between two accounts, which may, in turn, increase their monthly expenditure by two hundred and fifty dollars ($250). This, in turn, belies Unlimitedville promotions of not having data caps and instead choosing to regulate what they assume to be a beyond “normal usage”, such as consistent gaming or the use of metadata which can result to reduction of internet speed.

Carrier providers have the sole responsibility of setting all plans and accompanying prices. It is not decided by the internet speed as seen in other internet providers. There are four available plans which include:

Pink Plan – At one hundred and forty-nine dollars ($149) monthly, this is decidedly the cheapest package of them all. If a MOFI SIM4 Router can serve as a justification for such price, then ensure to have a good coverage wherever it is you decide to use it. The router in this plan is mainly set up to work with T- Mobile, this tells you that the plan covers for it and hence makes it your available LTE service provider.

Yellow Plan – Here, there lies a decision of choosing between the Pocket Wi-Fi hotspot if you’re nomadic and need options or the MOFI SIM4 Router. This yellow package has a sprint carrier and remains same one hundred and forty-nine dollars ($149) monthly just like the pink plan.

Blue Plan – Now the price jump begins here. Your next choice lies between a Unite Explore mobile hotspot for someone on the go or a MOFI SIM4 Router at the single cost of one hundred and ninety-nine dollars ($199) monthly, with an AT&T carrier fully represented.

Red Plan – This is the priciest plan with a Verizon carrier at a single cost of two hundred and forty-nine ($249) monthly. At this level, you’re still stuck with the MOFI SIM4 Router which is configured only to connect to the Verizon carrier.

Customers are expected to pay a membership fee of two hundred and forty-nine ($249) as a one-time payment before they can access Unlimitedville services. This one-time payment differs from the monthly price for an internet plan. All hardware such as hotspots or routers is returned in the event where you choose to close or cancel your existing account with Unlimitedville. You’re also not allowed to put your services with them on hold; say at the event of you travelling. You’ll have to pay another membership fee when you try to rejoin.

Unlimitedville offers two devices to choose from; you could either select the router because of its coverage capabilities, designed for rural homes and workplaces or go for a battery-powered mobile hotspot that is perfect for nomadic. No installation fee needed as they come already pre-configured popularly known as “plug and play.” So the choice is yours.

This router is readily accessible for all internet plans. Its only uniqueness is that it is set up at each stage/plan to suit each service carrier tower. It comprises of LTE+/LTE cutting-edge support and 4G LTE. It can conveniently cover 2G and 3G as well. It upholds a reasonable high speed and a useful low ping for gaming, but be mindful of your data usage. It can have a connected device of up to 250 via its the Ethernet ports together with external antenna ports.

A Unite Explore hotspot is readily available as an option for users of the Blue plan. This serves as an option for coded use or battery that lasts up to 22 hours and supports all LTE+, LTE, 4G, 3G and 2G networks. This can carry the hotspot connection of 15 devices all at once but only lacks Ethernet ports and will require you to ensure that all these devices are Wi-Fi enabled.

Customers also have an option of choosing the Pocket Wi-Fi hotspot, which supports at least ten devices and has a battery that runs up to 10 hours in the Yellow plan. It has all the needed abilities of the various mechanisms and could be plugged into a socket, but it has a limited coverage due to the absence of external as well as Ethernet ports.

Are you residing in an area with meagre spotty coverage or internet speed? Does your location lack a reliable signal from any of the LTE carriers? Then Unlimitedville is just the network provider for you. Just ensure your area of residence has good coverage before choosing an internet plan at their different prices.

With the focus of providing internet services for people in the rural areas who cannot access cable or DSL services, Unlimitedville is a small company in Tennessee responsible for cellular data provision in four significant networks: T-Mobile, Verizon, Sprint and AT&T networks.

Once I subscribe to one of Unlimitedville plans, do I own the account as well as the device?

Although you get to pay a one-time membership fee but it excludes the device ownership. This means that it must be returned if you decide to cancel your membership. Now, this membership fee covers the running of your account after you’ve made the first monthly plan payment. Remember, account cancellation is free! No charges!

Which Unlimitedville plan is best for me?

The best plan to always choose from remains that which has more coverage in the area where you plan to use it more often. The different colors represent each of the carrier networks, but the difference lies solely on its network coverage. For more help on making a plan choice, visit the ‘help me’ on the website and choose a page for a more detailed step-by-step guide.

What is the average speed of Unlimitedville hotspots?

The closeness of a cell tower to your region is the primary determinant of your hotspot speed, also known as the LTE speed. The carrier you choose even has a role to play to determine your rate. The report has it that those close enough to the cell tower receive over 80 MBPS from while those miles away from the nearest cell tower receive as low as 1 MBPS.