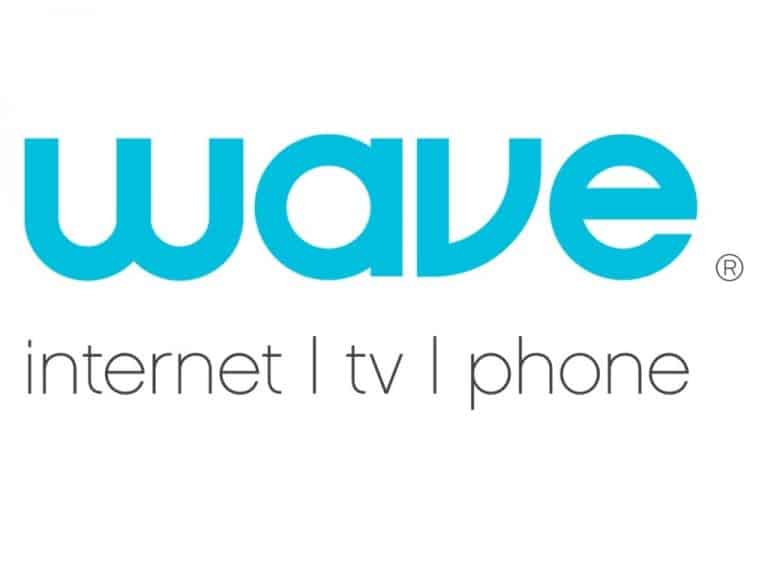 Wave Broadband Review – Is It A Good Internet Option For 2021

Wondering if Wave Internet is the right fit for you in 2021 then we answer all your pressing questions in the comprehensive review.

Wave Internet has been on the move to become the best Internet Service Provider in the country since 2003. Unlike other providers, Wave believes that the breakthrough to the market is through stable and reliable customer service. The internet speeds are also great and there are no contracts for the service. During the Coronavirus pandemic, wave broadband offers internet first program, deferred payments and more to help their customers remain connected.

In April 2020, Wave Broadband announced a series of steps that are still available for new and existing users. Besides offering wave broadband internet, they offer phone and TV services. All the services are reliable and affordable to help residential customers and businesses work from home and perform day to day internet activities.

But as much as there are many current internet, phone and TV deals that you can get from Wave Broadband, it’s very important to delve deeper for more information before subscribing. This brief looks at all categories including Wave Internet packages and prices, Internet speeds, contracts, data caps, equipment, customer service and viable alternatives to Wave Broadband services.

One of the best things with Wave Broadband is the fact that the company focuses mainly on offering the best services and providing the best Customer service. This is uncommon in the Internet industry but Wave Broadband proves to do what is promised on their website. The company offers round-the-clock customer support through phones, emails, social media posts and several other alternatives. Furthermore, the company doesn’t tie its customers on long term contracts. Customers also have a 30-day money-back guarantee in case they feel like the services are not the best for their specific needs. All these benefits guarantee convenient customer service and customer satisfaction.

Wave Broadband wants to make sure that every user in the market receives all their services at a very affordable price. All the internet only plans and Bundle packages are reasonably priced. The company offers 5 different packages which give the customers opportunities to select a specific plan or package with all the features they need. The price starts from $29.99 to $69.95 per month depending on the internet speeds and other features.

Wave offers Phone, Internet and TV services and hence their customers have a chance to bundle the services. Bundling Wave services increases the discounts and gives users a chance to get one easy bill to handle.

Wave broadband is not readily available to all users in the USA. As a matter of fact, the services are only accessible in a few states on the west coast of the country. It’s a local provider but it still has its own advantages. Another problem is that Wave Broadband usually limits the number of users that can get the services.

Data caps and other limits

Wave Broadband gives some of the best plans. Unfortunately, if you are a serious online gamer or a streamer, data limits introduced will not favor you. In each of the internet plans, there’s a data limit. The limit starts from 100GB per month to the 1TB per month for the high speed 5 to 940Mbps. If you surpass the data limit, you will definitely pay for the extra data. You will have to pay $5 for 25 GB. I like the fact that additional data is relatively cheaper than what most providers give.

The download and Upload speeds for Wave Broadband Internet-only plans are relatively lower, especially when compared to its main competitors. A few of its competitors offer speeds that are four times higher. The download speeds that range from 1Mbps to 10Mbps are the lowest in the market.

Wave Broadband prices and plans vary depending on where you live. Potential customers are therefore advised to double-check the available speeds, plans and prices before subscribing. The lowest internet plan is High Speed 50 while the fastest Internet-only plan is Gig Plan. The table below shows the details about the price, speeds and features for Wave Broadband Internet.

Wave Broadband offers other services including TV and Phone services. It means you can bundle these services and have a chance to get channels such as FOX, ABC, CBS, NBC and CW. You equally get a wave on Demand and Wave TV on the Go. Local TV channels are available for $25.95 every month. The provider equally offers several expansion packages but they vary depending on the location. What this means is that some people can get 90 extra channels from Cable networks. Some of the options will increase in pricing after the first year.

The phone services can be bundled with your internet for just $10 every month. As a standalone service, you will have to pay $29.95. The Bundle option will come with a caller ID, Unlimited National wide calling and International calls to Canada. Other features include Free Cloud Phone app and call Forwarding.

The company manages its network including limiting broadband in certain situations just like other companies. According to the information available on their website, you should avoid traffic activities such as peer-to-peer applications and file transfers. This will prevent putting a great burden on the provider and forcing them to throttle your internet.

The actual speeds may also vary from the advertised speeds depending on several factors such as your location, network congestion, computer configurations and management decisions. The time of the day when you are using this internet will equally change.

When it comes to Internet equipment such as routers and modems, Wave Broadband offers a couple of options. The Enhanced Wi-Fi Eero is the first option which the company claims have the best Wi-Fi coverage. This option has a compatible modem, maintenance and troubleshooting for only $22.95 per month. For a more basic option, you can pick the standard Wi-Fi+ modem package for just $15.00 per month.

If you don’t need Wi-Fi, there are other options for Modem Only Option for about $13.00 every month. This option comes with a modem that is appropriate for the specific speeds. You can lastly choose ‘use your own’ modem options. The first option combines the Wi-Fi Eero and your own router and you will only have to pay $9.95 per month. You can as well choose to have only the modem.

Wave Broadband has a decent customer service but most people constantly complain of occasional outages. You can access customer service via phone, online and in social media. The company also has 25 local retail locations. There’s an online form but unfortunately, there were no chat options. That said, there is a larger troubleshooting portal where you can find answers to all your issues.

Wave Broadband is a solid solution to all people that want to get high-speed internet at a very affordable price. Their speeds are good and the data caps are relatively higher. The highest tier plan is quite affordable. The Bundle packages are also better and save users more money.

Liberty Broadband is the main competitor and an alternative to Wave Broadband. The company was founded in 1991 and offers cable internet and voice services to residents in the same area where Wave Broadband is. The company offers Internet speeds of up to 100Mbps and relatively similar customer service.

Rise Broadband offers three plans and internet speeds of up to 50Mbps. This company offers the lowest price in the industry with the price starting from $29.95 every month. The connection type is Fixed wireless service which is available in remote areas. Its main benefit is the fact that it offers broadband internet speeds, rural coverage and a very easy installation. But it is not very reliable. There are a data limit and a line of sight technology which is not a good thing to solemn internet users.

Another viable alternative to Wave Broadband is CenturyLink. CenturyLink offers fiber optic and DSL internet to a very large part of the country. The company also features other services including TV and Phone services. Just like Wave, users can combine these services for a chance to save money. Users get locked-in pricing, streaming capable speeds and a dedicated and stable connection. But there are reduced upload speeds and data limits.

Is Wave Internet any good?

Wave Internet is a solid option for budgeters especially those outside the fiber circle. The download and upload speeds are great, but the data caps are shallow. Despite that, you can still get some good internet from Wave.

Is Wave Broadband DSL or Cable?

Wave Broadband is a cable internet service that you can find in Oregon, California and several other locations. The fact that it’s a cable service means that the signals are delivered using a cable TV line that already runs in your home.

How much does Wave Broadband Internet cost?

The internet speed and prices range from $29.95 monthly for the first 12 months. The speeds range from 5Mbps to 110 Mbps. If you are lucky enough to get wave Fiber service, you will only have to pay $80 per month for the gigabit plan.

Getting internet speeds of 5Mbps to 110Mbps means that you can stream Movies and TV shows in HD and 4K quality. The speed is enough for all forms of streaming and can make it easy for you if you want to stream movies and TV shows any time of the day.

How fast is Wave Internet?

Wave Internet speed ranges from 5Mbps to 110Mbps. But some people can especially those living in California, Washington and Oregon can get internet speeds of up to 940Mbps from wave fiber. What internet speed is enough for gaming and streaming.

Wave Broadband proves to be a good Internet Service provider offering affordable internet-only plans and Bundle packages. Among the benefits is the fact that Wave Broadband offers the best Customer service in the industry. Unluckily, the company imposes meager data limits, and its speed is also relatively lower than what competitors offer. Another issue is that the services are only limited to the West Coast of the country and a few other states. But if you are an average internet user, the speeds will be good for you.