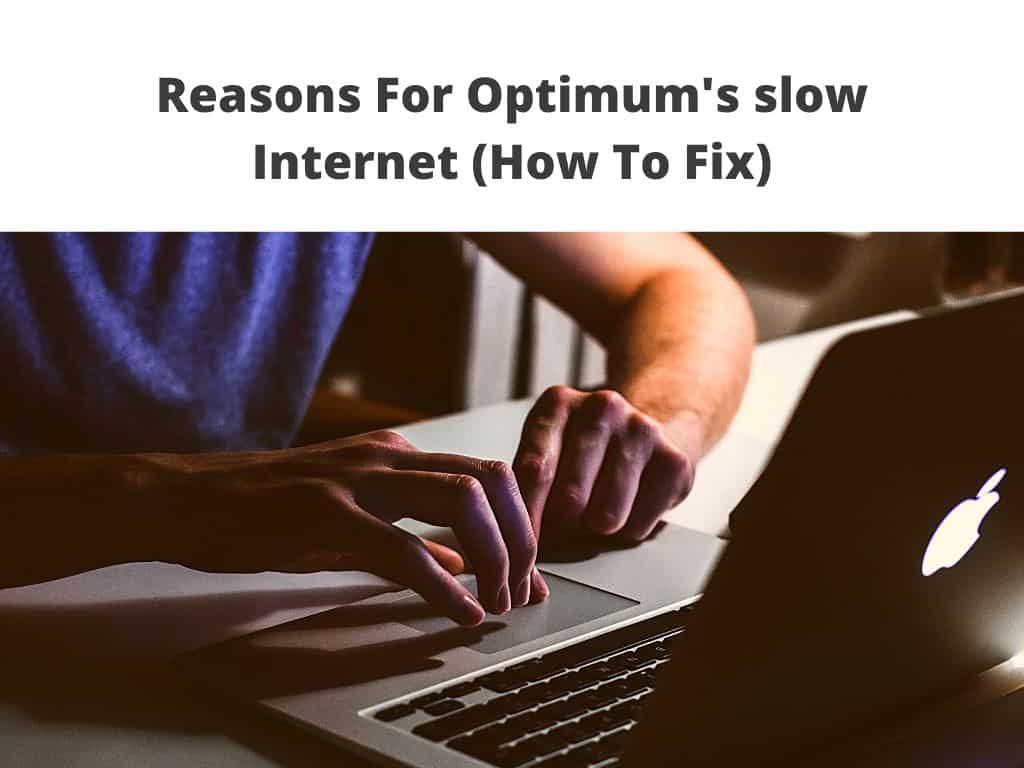 Before we even talk about low Internet speeds, let’s start by talking about fast Internet? How much Internet do you need? What do you call slow Internet? Are you running a business and less than 500Mbps is slow Internet to you?

All these questions should be answered before concluding that your Internet is slow. If you are currently subscribed to Optimum Internet 500Mbps and speed test shows the current download speed is 100Mbps, that is regarded as slow Internet. Getting less than 5Mbps from 500Mbps subscription is probably an outage that you should consult with the Optimum customer service.

Optimum is a renown Internet service provider offering reliable Internet and highest performing internet connections for personal and business use. The speeds vary from affordable low-speed Internet to ultra-speed 1Gbps downloads. You can probably get the right Internet only plans or packages for your monthly needs.

1. Does Optimum Throttle your Internet?

Most Internet service providers will not throttle common Internet users. Most of them throttle what is regarded as a heavy internet user. ISPs have defined who is a heavy Internet user, and for that reason, if you surpass the provisions, the company is very likely to reduce the speed of your Internet. Typical internet users, should never be worried about Throttled Internet from most ISPs. This means that if your Internet is slow, always look for other causative factors.

I haven’t come across any Optimum policy surrounding throttling, but the company has stated that performance varies by device, internet traffic and cable modem.

2. How do I stop Internet Throttling?

If you suspect Optimum is Throttling your Internet, you always have a chance of stopping the company from viewing and separating your traffic. To do this, you only need a reliable VPN. The VPN wraps all the Internet traffic and makes it hard for the company to throttle or spy on your browsing behaviour.

3. How do I test my Optimum Internet speed?

One of the known viable ways of solving issues with your Optimum Internet is to reset it. So how do you do that? The first thing to do is to unplug the power from the modem and plug the modem back first and then the router if you’re using both. You can as well wait until the router has reset completely.

5. Is there an outage or Optimum Internet is slow?

Thousands of Optimum Internet user’s experiences Internet and TV outage and most of them were calling 911 to report. Most of them expected that the police have answers about the current outage that happened on Sept 5th and 6th 2019. To the surprise of many, the outage was not a common problem with the neighbourhood. It’s just a few people that had issues with the Internet and their Billing that experienced the outage.

For that reason, it’s always important to confirm whether the current Internet issues are caused by slow Internet or just an outage. Firstly, consult with the company whether there’s an outage in your area. There are many 3rd party apps that offer local information about outages. Alternatively, ask your neighbours that use the same ISP whether they have the same issues with their Optimum Internet.

Why is Optimum Internet slow?

Why is Optimum Internet so slow?

There could be a plenthora of reasons why your Optimum Internet is slow. Firstly, check the connections. The router should be plugged in and hooked properly. The second thing is to consult with your neighbours whether there’s an outage and eventually check cables and router for overheating or other things that can halt its seamless functionality.

How do I fix a slow internet connection?

Fixing slow internet connection mainly depends on the root cause. Among many issues that can cause slow Optimum internet speeds is poor cable connections. So start by checking for any loose cables—router malfunction or overheating. The router can overheat or malfunction, causing more issues. Try to reboot the router and also check whether it has enough breathing room on the walls.

Why is Optimum Internet so slow on my computer?

Is there an outage? Check with your neighbours using the same Optimum Internet to be sure. Is your computer software updated and in best working conditions? Test the Ethernet with another device to rule out. What about the cables and the routers? Are the cables fitted perfectly and working right? Check to rule out the issue at hand.

If you follow all this information and still didn’t find the issue with your slow Internet, the next thing to do is to consult with the company. The customer service will help to check whether there are issues with your accounts or whether your Internet is throttled.