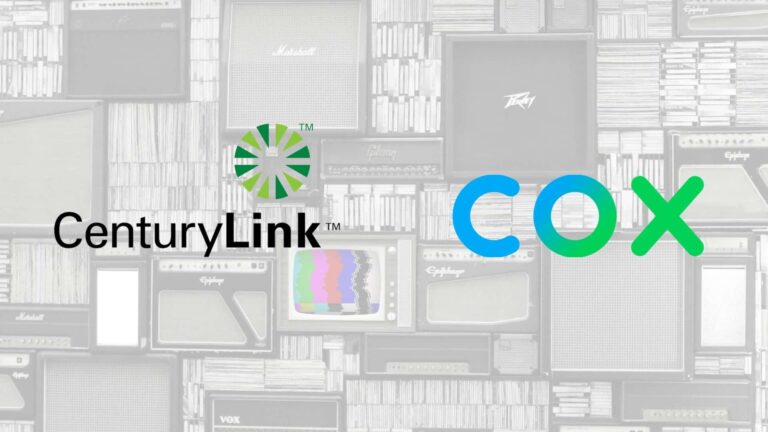 CenturyLink and Cox are two of the most popular internet providers in the US. They provide DSL and fiber internet services, as well as other technologies like mobile and cable connection. Both telecom companies continue to expand their market reach and range of offered services by creating plans that cater to every kind of user out there.

If you’ve narrowed down your internet provider to these two companies, it would be interesting to see how one fares against the other in terms of speed, reliability, customer service, cost, and other factors vital to users.

Here’s a brief description of how CenturyLink and Cox Internet fare against each other on streaming, gaming, and web browsing.

CenturyLink is an internet provider that caters to both residential and commercial customers throughout the United States. They offer both DSL and fiber connection to a wide coverage area.

CenturyLink’s affordable price plans are ideal for budget gamers. The best plan to get is the $50 internet plan that gives a 100Mbps download speed with a latency of 33ms. This speed is also more than enough for casual browsing or streaming.

Cox Internet is a smaller company compared to CenturyLink, but the speed and service they provide are better than many competitors. Aside from internet-only plans, Cox is known for providing customizable bundles where you can mix and match TV and internet packages.

According to Netflix’s leaderboard, Cox Internet is at 3rd place for their overall streaming speed. The median latency of Cox Internet plans is around 25ms as reported by the FCC, and this is way better than the acceptable 75ms latency for internet connections. This makes Cox internet plans ideal for gaming, streaming, and browsing. In choosing an internet service provider, it’s best to look at the following factors to determine which is best suited to your needs.

Speed – Is It fast Enough?

The lowest internet speed that CenturyLink offers is 20Mbps and this costs $45 a month. For casual browsing, this is a good introduction plan.

Cox, on the other hand, offers a 10Mbps speed plan that costs only $20 a month. This is one of the most affordable starter plans you can get, especially if you’re on a tight budget.

If you’re aiming for the best internet speed, CenturyLink offers 1Gbps speed for $65 a month. Cox’s 1Gbps plan is a bit more expensive at $99 a month.

Cox is known for going beyond what they promise to customers. According to a report from the Federal Communications Commission (FCC), Cox over-delivers their download speeds by almost 104%. As a customer, this is great news because you’re getting more than what you’re paying for.

On the contrary, CenturyLink on average hits only around 94% of their promised speeds. This may not be much but it’s still unfair when you think that you’re not getting a 100% return on what you’re paying for.

Monthly Cost – Worth The Price?

In general, Cox’s plans are a bit more expensive relative to the competition.

Cox offers an Internet Preferred 150Mbps plan which costs $60 per month for a contract of 12 months. Although this plan includes cable connection, it doesn’t have a free modem like the plans offered by other internet providers in the same price range.

The cheapest fiber network plan offered by CenturyLink costs $105 a month, where you’ll get 100Mbps speed and a phone without a minimum contract term.

Cox Internet plans don’t include installation, equipment, and wiring fees, as well as surcharges and taxes, in their advertised price list.

Aside from the cost of using the equipment, there’s also a professional fee of at least $50 for setting up the internet for workplaces. For home network setups, installation charges range from $20 to $40.

CenturyLink also charges setup and installation fees. Getting a professional technician to do the job will cost you around $125 while opting for self-installation will cost you $50 for shipping the equipment to your residence.

The CenturyLink modem can be leased for $15 a month, but you can choose to purchase it for a one-time payment of $150.

Data Allowance – Will It Be Enough For You?

Both Cox and CenturyLink have data caps in their plans which amount to 1,000 GB per month. This is a fairly large limit that you won’t probably hit even if you heavily use the internet.

Bundle Deals – Will It Save Money?

Both Cox and CenturyLink provide a wide range of bundle packages that can be mixed and matched with phone lines, internet, or cable connections.

However, the tie-up of CenturyLink with the satellite TV provider DIRECTV has allowed the former to offer a better assortment of deals and packages suited to every kind of budget you have.

According to the American Customer Satisfaction Index (ACSI) report, both CenturyLink and Cox fail to achieve the industry average score of 62 out of 100. CenturyLink scores 59 out of 100, while Cox did a little bit better at 60 out of 100. Nonetheless, both internet service providers need a lot of improvement to get the nod from their customers.

Service Availability By States and Regions

CenturyLink is relatively a bigger company than Cox with a wider coverage reach across the country. Their services are available in over 36 states, including:

Fiber internet is available only in select areas, but the company continues to expand its reach of fiber technology.

Cox, on the other hand, specializes in providing cable internet, servicing over 19 states across the country, including:

Cox Internet also provides TV, mobile, and smart home solutions to more than 607 service areas in the US.

Customer Reviews – What Others Are Saying?

CenturyLink’s most marketable perks over competitors are their no-contract schemes and Price for Life guarantees. This means you can switch to another internet provider if you find CenturyLink’s services unsatisfactory in any way. The Price for Life will also protect you from price increases in the future, so long as you continue to retain your current plan.

However, the most common complaints on CenturyLink’s performance are the frequent service outage and the slow speed throttling. Even installation can be a pain with appointments getting cancelled without notice.

Cox, on the other hand, face frequent customer concerns regarding their high prices and restrictive data limits. However, they’re praised for the consistency of their service speed. People will usually pay more for a consistent and reliable service than a cheaper but erratic internet option. This is where Cox outshines CenturyLink by providing a more stable streaming experience.

However, just like most internet service providers out there, Cox suffers from poor customer service. It’s been reported that customers have to repeat or resend their queries and concerns multiple times before they receive any reply from the company.

Aside from CenturyLink and Cox Internet, here are other notable service providers to consider:

Xfinity is available in over 41 states across the country. Their internet plans range from 15Mbps to 2Gbps, with prices starting from around $40 a month.

Xfinity provides mobile bundle plans to subscribers with unlimited data, talk, and text features for only $45 a month. They also have limited data plans that start from $12 a month for those who are on a budget.

AT&T is one of the oldest telecom companies in the US. They offer 3 internet plans only with speeds of 100Mbps, 300Mbps, and 1Gbps. Their cheapest plan starts at around $50 for the first 12 months of subscription. But due to public demand, the AT&T now also offers a 5Mbps internet speed plan for those who are on a budget.

The company also offers cable TV and AT&T mobile bundle plans for those who want a more convenient communications and entertainment package.

Verizon Fios offers 3 internet-only plans that start at around $40 a month. This price is capable of delivering 200Mbps internet speed, while the most expensive 940Mbps plan costs around $80 per month. Verizon Fios also offers TV bundles to interested customers.

In terms of service reliability and customer satisfaction, Verizon Fios stands above the competition. However, their limited reach is the biggest downside, so not everyone can avail of the company’s quality internet service. What happens when you get past the data cap?

Both CenturyLink and Cox Internet won’t charge you for going over the monthly data limit. However, frequently going past the data limit can result in restrictions or a forced upgrade to a larger plan.

What’s the difference between fiber and DSL connections?

DSL uses existing copper phone lines to transmit data using electricity, while fiber uses glass strands to transmit light that carries data. Fiber offers faster data transmission but since it’s a fairly new technology, telecom companies are still working on making it widely available to consumers. On the other hand, DSL is readily available and is cheaper to set up.

Cox and CenturyLink offer DSL and fiber connections. Fiber tends to be more reliable, but it comes at a price. The type of internet connection you need will depend on the purpose you’ll be using it for, so consider their advantages and disadvantages.

Are there discounts for bundles?

Both CenturyLink and Cox provide discounts to certain bundles they offer.

CenturyLink also provides Military Discount to those who serve in the United States Armed Forces. Call them to know more about how you can avail of this discount.

Which is better for online gaming between Cox and CenturyLink?

The faster the internet plan you get the better it is for online gaming. Both Cox and CenturyLink deliver latency rates that are better than the maximum allowed to avoid delays during streaming and gaming.

Cox is offering the Elite Gamer plan that promises to provide an even better gaming experience with 30% less lag, 55% fewer ping spikes, and 45% less jittery connection.

Both networks will work with Xbox, PlayStation, or any gaming and mobile device.

Being the bigger company, CenturyLink tops Cox in terms of overall service availability and cost. However, speed and reliability seem to be the most frequent issues that customers raise with this internet provider. These areas are where Cox catch up to the networking giant by providing a more consistent service, although in exchange for a bit more expensive monthly packages compared to the average cost of plans offered by competitors.

If you want a more affordable internet plan, go with CenturyLink. Although people have been reporting jittery internet connection, this seldom happens, and you won’t probably experience it for prolonged periods.

But if you want a more stable internet speed in exchange for a few more dollars, Cox is the choice to go with. They’re praised for the service reliability of their internet connection and they even give a speed boost that exceeds what you’re paying for.