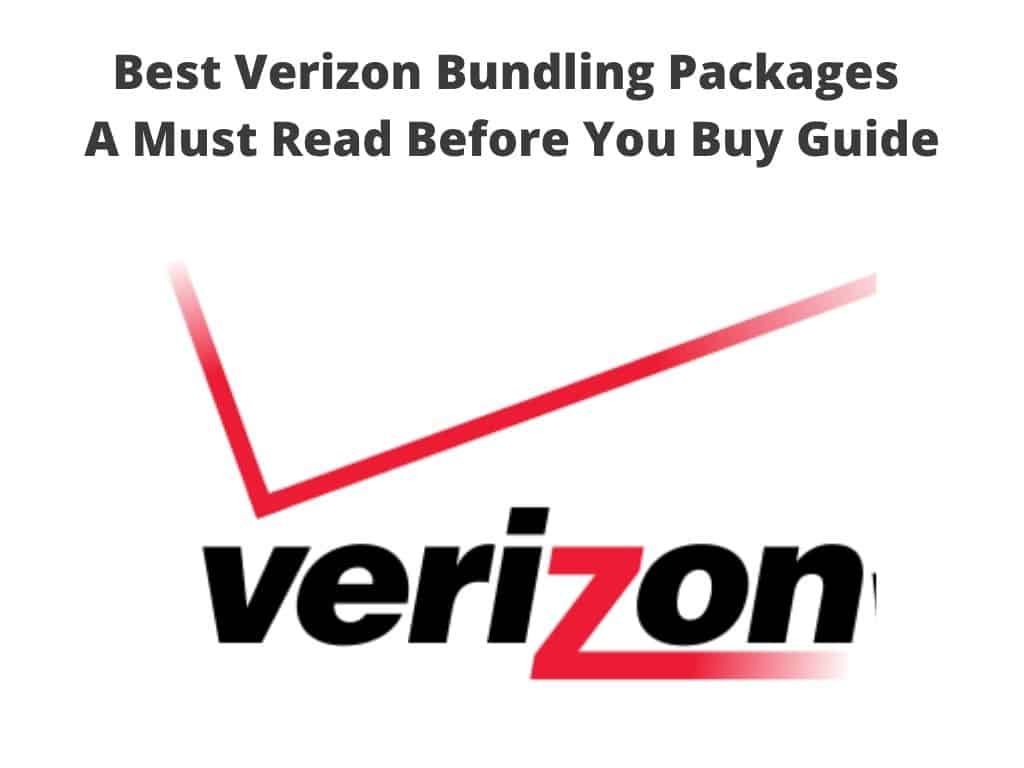 Best Verizon Bundling Packages – A Must Read Before You Buy Guide

Have you thought of how much you can get from Verizon with Verizon Bundling packages? What about the value for your money and how much speeds, TV channels and Phone services can you score with Verizon Bundling services? If you haven’t thought of this, then here is all the information you need to make the decision. Despite the fact that the prices run in the middle of the pack, this Internet Service provider offers hard-to-beat perks in the form of TV and Internet packages. In this brief, we will talk about the top-notch internet speeds and amazing TV channels that you can get from Verizon.

To most of us, it’s very difficult to choose the Verizon Fios TV and Internet combo. There are three different ways to mix and match Verizon Fios Home Internet and Fios TV to save significantly and make a budget plan. If you are a sports lover, or a movie streaming fanatic, there’s a Bundle package for you.

Before we get there

Verizon had claimed that they are allowing the subscribers to select their Home and Internet speeds separately rather than locking them in yearly contracts. This was a decision to maintain transparency according to a Statement by Angie Klein, Vice President of the Marketing at the Company in January 2020. Regardless of the remarks made by several other top management officials in the company at that time, they all agreed that Bundling actually helps a lot of niche channels and other marginalized communities to have channels that actually works for them.

One major thing that we usually talk about when it comes to Internet, TV and Phone services is the amount of money that you’ll end up paying every month. Verizon Fios 200Mbps + Your Fios TV is the best Budget Friendly Internet plan that you can choose today. It’s the least expensive TV plus Internet plan for the best value. It ensures you have at least five channels that you want the most without any extra fees.

The 200Mbps Internet plus your Fios TV comes with 200Mbps download speeds, more than 125 channels and several other perks for only $89.99 per month. Verizon recommends a channel lineup depending on your selections. It’s now always a concern to get the biggest broadcast networks such as CBS, Univision or ABC because they are always included. The Bundle package comes with equal download and uploads speeds. This is ideal for all types of internet needs whether streaming, gaming, professional Freelancing and Uploading of large files. The speeds and TV channels are also spot-on for small to medium-sized families especially those that want to keep up with gaming weekends and Movie Nights.

200Mbps + Your Fios TV come with additional deals which are significant in your monthly bills. Here are a few extras that you will get with this Bundle package. If you order online, your $99 setup charge will be automatically waived. Additionally, you will get Disney+ for the first year. This is unique and exceptional. After the first year, you will only be needed to pay $6.99 every month.

Why I picked this Bundle package

Furthermore, 200Mbps is enough to keep your Home Security, Smart TV and several other devices connected in the house. The same Internet speed is enough for family members to stream and game at the same time and eventually watch HD and 4k quality videos online.

The best Bundle option for Streaming and Gaming: 400Mbps Internet + Your TV

When it comes to streaming and gaming, frankly speaking, the higher the speed the better. Gaming and Streaming works perfectly fine with Fios. The fast and consistent download and upload speeds makes it seamless to download and game. Verizon Internet also has a reduced latency which keeps up with the competition when it comes to playing games such as the League of Legends. This Bundle option is wonderfully a great option for online gaming. The high download and upload speeds outperforms competitors in all dimensions. The symmetric upload and download speeds makes it a better experience especially when you are live streaming.

In case of simultaneous streaming and gaming, the Internet Data will always be at the top speed. The actual data doesn’t drop drastically. Streaming requires quick and efficient transmission of data to make sure the video plays without any hitches. Furthermore, the higher the quality of media, the more stable the connection should be. If for any case you’re hoping to stream on multiple devices or wants to watch the magical 4k quality, this Bundle package proves to be better than most competitors.

This Bundle is also a good match for all the people that want an in-between TV and internet combo that will keep you and your family entertained. This Internet and TV Bundle package comes with the option to pick your five favorite channels. The download speeds are perfect to stream Netflix and play your best game. The internet package also comes with top broadcast networks such as FOX, Univision, Telemundo, ABC and CBS.

Why I picked this Bundle

Sports fanatics want the best when it comes to streaming internet content and sports. If you are one of them, then Verizon’s The most Fios TV package is for you. The package is filled to the brim with the best sports channels. It actually comes packed with NFL Network, NBA TV and Golf Channel.

Another thing, the Fios Gigabit Connection offers 940Mbps which is more than enough to stream games online and play your favorite online games.

What are the advantages of triple play vs. Double play?

The higher you go with bundling, the more value you get for your money. This is mainly because there are special discount pricings on each of the services you choose. Bundling Verizon Fios and Verizon TV and Phone saves you more money than the Double Play. You also have the capability to choose your Internet speeds, your calling plan and your TV packages for amazing value.

How much does Verizon Fios Triple play cost?

Verizon bundling packages price vary depending on the internet speeds and the latest offers. However, you should understand that the bundling options are created with a single goal in mind: saving and it will save you significantly going for Triple play than individual packages.

What channels come with Fios Double and Triple Play?

Sports nuts and movie buffs always worry about the channels they will get with each Bundle package. Verizon offers thousands of channels including sports channels, News Channels, Junior channels and Entertainment channels. The good thing with this ISP is that it gives you a chance to choose a list of five channels that works perfectly fine for you.

Verizon offers some of the best internet, TV combos for Sports lovers, video streamers, budgeters and all sorts of Internet users. One major thing I like is that Verizon offers symmetrical internet speeds. This means that if you choose 200Mbps Internet, you will get 200Mbps download and 200Mbps upload speed. This is a good deal for streamers, gamers and Freelance professionals. Furthermore, you have six different premium channels that you can add.

The Best Internet and TV combo from Verizon is the Your Fios TV plan. This package is worth checking out because it gives you a chance to choose your favorite channel and recommended TV packages. The price for the Bundle packages is also amazing and reasonable. Compared to other Bundle packages from the top brands, Verizon Internet and TV combo packages are relatively cheaper and affordable. There are additional TV channels and features that makes most of its deals comparatively better than what you get with its main competitors. Regardless of what you get, you can treat yourself to an add-on channel or two. Talk about Cinemax, Plus Starz, Starz Encore, Epix, HBO and Showtime.